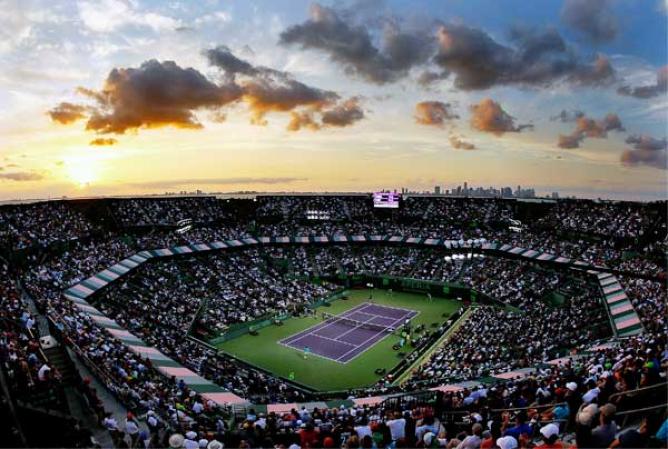 Serena Williams and Rafael Nadal have been two extremely successful stars in women’s and men’s tennis respectively. Between them, they share a whopping 33 Grand Slam singles titles across different competitions like the Wimbledon and Australian Open. Yet, it is still surprising to see a lot of hunger to participate in the Miami Masters, although for different reasons. Betfair’s latest tennis odds, unsurprisingly, backs Serena Williams to win the Miami Open 2015 at 13/8. Nadal may have won all four Grand Slams, but he has been a runner-up on four occasions without a single success in this tournament. Betfair backs Nadal to succeed at 6/1.

The first three months of 2015 have been extremely difficult for Nadal. Faced with a lot of question marks about his fitness, the Spaniard has struggled to come up with the answers. He has managed to lift only one singles title so far. It came at the Argentine Open a few weeks ago, but it does little to hide the disappointment of being knocked out of the quarter-final stage in the Australian Open 2015. Due to his constant struggles with injuries over the last 18 months, Nadal has slipped to third place in the world rankings.

His latest disappointment came at the BNP Paribas Open when he was knocked out at the quarter-finals by Canadian Milos Raonic after a 6–4, 6–7, 5–7 loss. The chances of Nadal being successful at Miami have further been reduced by a new injury concern. The Spaniard has been reporting a pain in the left ankle just before the start of the tournament.

Further slip is possible if Nadal fails to win the Miami Masters for the first time in his career. Roger Federer is absent from this tournament, but that does not mean Nadal becomes a top favourite. The Spaniard will have to stay behind Novak Djokovic and Andy Murray when it comes to favourites for this year’s title.

Serbian Djokovic is coming on a high after lifting the Australian Open and, more recently, the Indian Wells Masters. After having lost his last two outings against Roger Federer, Djokovic finally managed to get the upper hand over the Swiss master with a crucial victory at Indian Wells. Further, the 27-year-old also comes to Miami as the defending champion. These successes on hard courts are likely to be a major advantage for Djokovic. It is no surprise that Betfair backs the Serbian to be successful at the Miami Masters with odds of 8/11. Brit Andy Murray is out in the distant second with odds of 5/1.

Despite this latest setback, Nadal is hoping to be fit in time for the second round match against either Nicolas Almagro or Sergiy Stakhovsky. The duo will be coming up in a first-round tie, which is a bye for the Spaniard. Nadal admitted that the pain is constantly in the background, but he is hoping that the couple of days of recovery time will help him get over the issue.

Meanwhile, similar injury problems are threatening the participation of Serena Williams, who counts this tournament as a home title. At the age of 33, Serena will not have much opportunities to continue dominating this tournament. She has won this title a record seven times, but a knee injury forced her out of the recent Indian Wells Masters. After having elected to take a first-round bye, Serena Williams will be going straight into the second round where she will be facing Romanian Monica Niculescu. The duo came up against each other only last week when Serena came out successful with a 7-5, 7-5 victory.

The calendar year began in great fashion for Serena after she managed to win the Australian Open 2015 by beating Russian star Sharapova 6–3, 7–6 in the finals. Since then, however, injury problems have started resurfacing for the 33-year-old. Due to her dominance in this tournament in recent years, Serena remains the best backed bet for the Miami Masters 2015. Maria Sharapova comes second with odds of 4/1 and she is closely followed by Simona Halep, who is given odds of 6/1 for success in this American title.