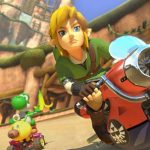 Nintendo is officially going crazy with Mario Kart 8, its best-selling game for Wii U. The console maker has followed-up its announcement of Mercedes-Benz DLC with news that Link from The Legend of Zelda will be appearing in Mario Kart 8 in the near future. The Mario Kart 8 Zelda DLC will hit Nov. 7 this year. It marks the first time Link has been featured prominently in a Mario-themed game. Nintendo has historically avoided franchise cross-overs like this. In fact, the Mario Kart series in particular has … END_OF_DOCUMENT_TOKEN_TO_BE_REPLACED 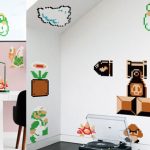 The wall-decal company called Blik has just launched a new line of Nintendo Power-Ups decals to help big-time Super Mario Bros. fans live-out their dreams of living in a turtle- and pipe-filled world. Power-Ups are add-on decals that can be mixed and matched to create scenes from your favorite old-school Nintendo games. The 24 new Nintendo Power-Ups decals can be used on their own or paired with the existing Nintendo X Blik sets. Blik had previously launched a set of New Super Mario Bros. decals. These 24 new … END_OF_DOCUMENT_TOKEN_TO_BE_REPLACED 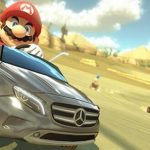 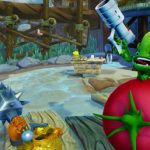 Activision has traditionally been one of our first stops at E3, so hearing that the Activision E3 booth game lineup only includes three titles is surprising. According to an official announcement this morning, Activision will be showcasing Cal of Duty: Advanced Warfare, Skylanders Trap Team and Destiny. That's it. No Spidey. No new IP. Nothing we haven't already seen and/or heard about. But holy cow that's a nice triumvirate. The mega-publisher has scaled-back its game numbers in recent years, presumably to focus … END_OF_DOCUMENT_TOKEN_TO_BE_REPLACED

The Xbox One and PS4 have received several system updates in recent months, but a new Nintendo Wii U system update doesn't come around nearly as often. Timing the latest update to hit just as E3 rolls around was a shrewd move too, considering the E3 2014 limelight will likely be focused on Microsoft and Sony all week. Nintendo's latest Nintendo Wii U system update includes a variety of changes that Wii U owners have been asking about, largely tied to the actual user experience. The most notable change in the June … END_OF_DOCUMENT_TOKEN_TO_BE_REPLACED 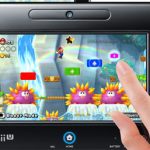 Nintendo enters E3 2014 in a distant third place for next-gen console sales. Yet as Sony and Microsoft battle it out for momentum and buzz, Nintendo is pushing ahead to keep its current and would-be fans connected with all things Wii U and 3DS. One of the ways it's doing this is letting fans watch Nintendo E3 2014 events live online through E3 this week through several means. E3 officially starts Tuesday, June 10, although the E3 press conferences start Monday. Nintendo is once again skipping the big E3 media … END_OF_DOCUMENT_TOKEN_TO_BE_REPLACED

Best Slots for Ladies to Play on Women’s Day 2021

Benefits of Gaming For Children

Can You Lose Money On a Winning Bet?

How to be a Better Poker Player

What Is More Profitable For A Person Betting Or Share Market?