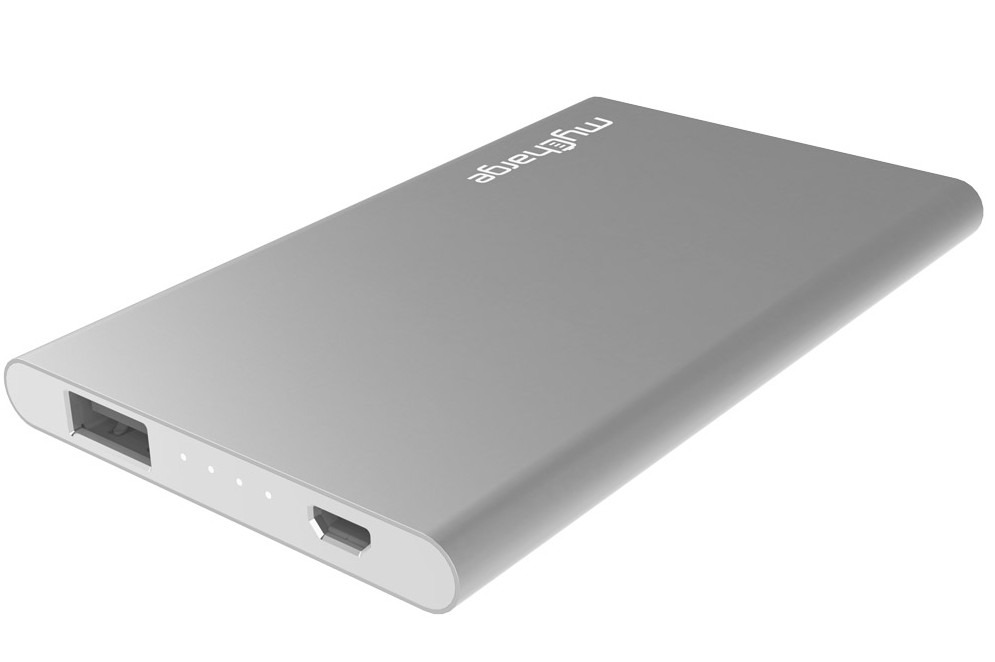 myCharge makes its external battery pack line for many Android and iPhone models. It has rolled out a portable charger that has a fairly high power capacity at 3000 mAh and delivers enough power to keep your smartphone up all day. How is it done? Well, it is easy.

Attach the pack to the phone and plug it in, the battery and the phone charge simultaneously. When the phone runs out of battery, plugging it in to the pack sends its power from flat to full. There you are. If you want to check on the battery power level, just shake it up and see the Four Light LED battery indicator tell the story.

It goes for $49.99, and comes in different colors- blue, red and pink. It fits snugly into your pockets and is quite convenient to carry wherever you go.

So, what’s under the case?

The pack comprises of a high-density lithium ion polymer battery which pretty much explains why it is so small in size, despite having a huge power capacity. myCharge’s RazorPlus packs enough juice to power up devices, despite housed in a sleek anodized case made of aluminum. Let us do some number crunching. The battery will provide extra juice to keep you going for 13 hours of talk time, 59 hours of music and 14 hours of video playback, or upto 14 hours of browsing online. There is only one USB port, which is actually a bummer, if you want to power up several smartphones or USB devices all together.

myCharge RazorPlus features a couple of new technologies which make it more advanced than the rest of the devices of its kind. SmartSense, for instance, can smartly identify the gadget you are charging using the Razor Plus, and scale its power up to match the maximum output allowed by the smartphone being charged. PeakPower does the same for Razor Plus itself by detecting the power source and stepping up the input power suitably. Generally, all devices have a common maximum as a safety precaution when they are being charged. As you would know, each device is unique. While some can handle greater power some devices may not be designed to do so. But, Razor Plus is intelligent enough to charge devices efficiently no matter whatsoever.