You are here: Home / gaming / Minecraft Survival Guide: How To Live Through Your First Night 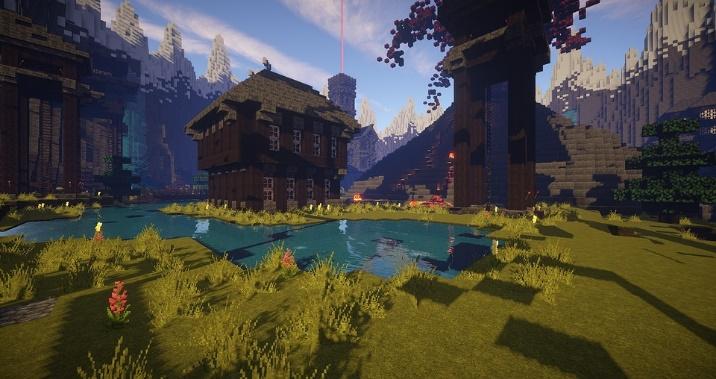 There are many games that are so popular that they are known to even outside the gaming community and Minecraft is one of the best examples of this type of game. As it is a video game that is accessible by gamers of all ages, even parents will likely have heard of Minecraft after hearing their children raving about the game. While it is certainly popular within this demographic,  there is no doubt that many adults enjoy Minecraft too, and one only must look at the bestselling games of the all-time list to see that Minecraft currently sits second behind Tetris.

There is no doubt that it is once-in-a-generation games like Minecraft that help drive the success of the industry, which has experienced wild growth in recent years. This is largely because gaming has evolved into something of a phenomenon and there are now billions of people who call themselves gamers worldwide. The rise that the industry has seen is reminiscent of other industries in entertainment, such as gambling. As most will know, this is largely due to the abundance of online casinos on the internet, and people who don’t enjoy playing on one option can access many other sites thanks to the wealth of gambling sites available.

Although Minecraft is over a decade old, the game is still regularly enjoyed by gamers and it commands a great presence on the internet too – there are entire categories on services such as Twitch and YouTube to show this. However, there will always be new gamers who are arriving at the scene for the first time. With a game like Minecraft, it is always useful to receive some useful advice when planning to start the first world as some players might find it challenging to even survive one night. Given this, here is what to keep in mind when players load up the game for the first time.

While Minecraft may seem like a peaceful game at first glance, this all changes when night descends. During this time, monsters such as skeletons, zombies, and even spiders will come out to hunt the player down. Given this, the first thing that players should prioritize is finding a shelter to stay protected against these mobs. Fortunately, these are easy to build and players can even use dirt to create a simple 9×9-block shelter to hide in. Even more easily, players can even mine into a mountain for their shelter, and place a door at the entrance to ensure that nothing comes in.

The next thing that players will want to ensure they do is find food. In Minecraft, there is a food hunger bar function, and players will need to make sure it remains full if they want to regenerate their health. Fortunately, there are many food sources available in the Minecraft world such as animals, fruit, veg, and more. A good tip is to wait until the second day to find food though, as players can usually last this long before they need to eat.

Minecraft is one of the most iconic video games in the world, and new players can ensure they have the best experience possible during their first time by following some of the advice mentioned here.