You are here: Home / Movies / 5 Comic Superheroes you can Hope to See in Theaters near You 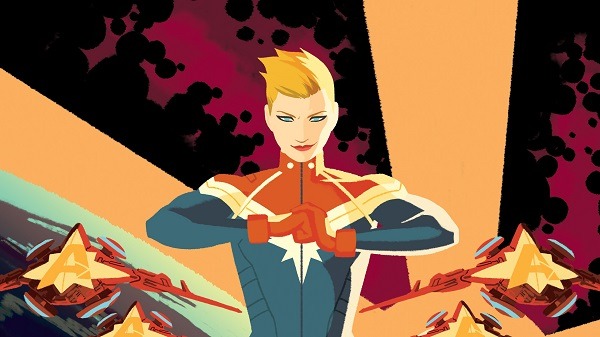 The superhero genre has been overpopulated with Captain America, Iron Man, Spiderman and Batman for the last few decades. We’ve had to deal with several reboots of the same franchise and not all of them lived up to the hype. While some unexpectedly turned out to be cinematic masterpieces like Christopher Nolan’s The Dark Knight, many of them were unoriginal and trite (The Amazing Spiderman) and some were just downright embarrassing what with the nipples on the batsuit and clumsy direction. Even more of these movies just ended up disappointing us with having nothing much to offer in the way of entertainment or substance.

The comic scene is full of multi-faceted, diverse heroes that look and behave very differently than your average Peter Parker or Tony Stark. It looks like superhero movies are finally about to reflect the variety that its origins have already served.

Here are five of the most anticipated comic superheroes set to hit the cinemas in the next few years:

Wonder Woman, aka Diana Prince, was one of the first female superheroes to be introduced to comic fans as early as the 1940s back when people didn’t believe women could fight or be the protagonists in their own stories unless it involved marriage or getting a man. Wonder Woman, fittingly, will be the first female DC superhero to get her own movie in 2017. With Gal Gadot in the title role, fans are eagerly waiting to lay their eyes on the movie which promises to show us Wonder Woman’s origins and lots of ass kicking by lots of Amazon warriors.

Black Panther, whose real name is T’Challa, rules over a fictional nation called Wakanda and will be the first black superhero to headline his own film. The Marvel Cinematic Universe (MCU)  is set to introduce him to movie fans through the upcoming Captain America: Civil War movie which comes out in less than a month. The very handsome and hunky Chadwick Boseman is set to play the role, and even though the plot of the movie is yet unknown, we can reasonably harbor high expectations for it.

After decades of being treated like DC’s step-child, The Flash, aka Barry Allen, came under the spotlight with the CW’s hit TV series of the same name with Grant Gustin in the lead role. However, a different actor has been cast to play the superhero on the big screen which has stirred up some controversy. The hero is set to be brought to life by actor Ezra Miller (of We Need to Talk about Kevin fame) who’s The Flash was introduced into the universe in the recently released Batman vs Superman: Dawn of Justice. We can expect lots of running, lightning bolts, mashing up of lots of different universes and killer special effects from the movie if it follows the new ’52 verse as it looks like it’s about to.

Jason Mamoa, of Game of Thrones fame, will reprise his role as Aquaman in the first feature film of the superhero set to release in 2018. Because of his appearances in Batman vs Superman (2016) and The Justice League Part 1 (2017), it’s unlikely that the movie will show us his origin story. Arguably one of the most interesting and well-rounded superheroes to come from the DC house, with his many powers including superhuman strength, healing powers and the ability to control water at will, the King of Atlantis will be a treat to watch on the silver screen.

Very little is known about the movie adaptation of this superhero. Even the name of the actress who will play Captain Marvel on screen is unknown and undecided as of April, 2016. However, Captain Marvel (who goes by Carol Danvers when she’s not decked out in superhero-wear) boasts otherworldly strength, speed, endurance and the ability to fly, and will be something to watch out for in the years to come.