We reported earlier today that Warner Bros.’ original Batman movie starring Michael Keaton has been delayed to give Best Buy a timed exclusive. But you may want to see what the Batman 25th Anniversary Edition Blu-ray box art looks like so you know what to look for in stores.

You can see it below.

Fans of the original Batman movie had been planning to buy the Batman 25th Anniversary Edition Blu-ray on November 11. That’s still possible, so long as you head to your local Best Buy store. Best Buy will begin selling the film on that original date. Other retailers, including e-tailers like Amazon, won’t get the film until December 9. 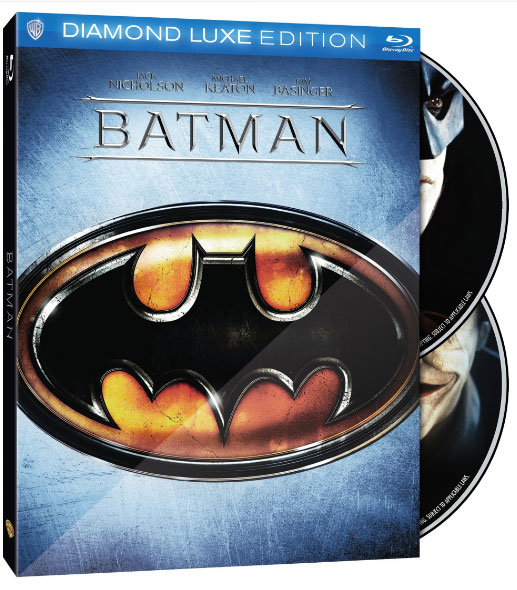 In addition to the movie, the Batman 25th Anniversary Edition Blu-ray set will include a bonus feature called Batman: The Birth of the Modern Blockbuster. This special feature looks at the marketing and merchandising for this first Batman movie, which really set the stage for the subsequent 25 years of comics-based movies.

Warner Bros. is releasing the movie to coincide with the 75th anniversary of the debut Batman character’s debut in DC Comics.