You are here: Home / Sports / NFL / Have the Buccaneers Switched Draft Target? 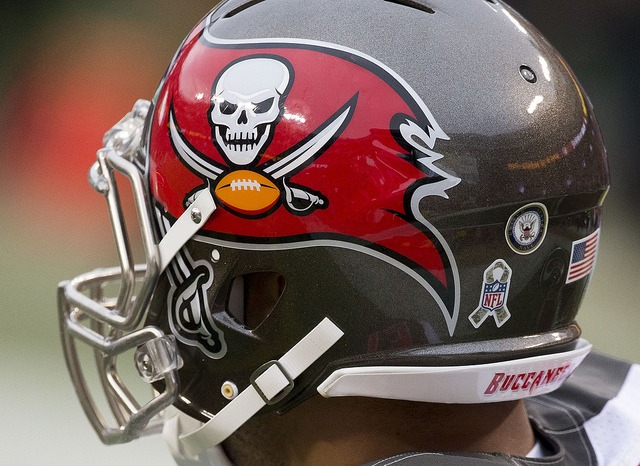 It had looked as though the Tampa Bay Buccaneers were going to use their first overall pick in this year’s Draft to sign Florida State quarterback Jameis Winston. But those plans appear to have changed and the franchise could actually be set to opt for Oregon star Marcus Mariota. On the back of a dismal 2-14 season, the Bucs know the importance of making the most of their first overall pick, and Winston’s off-field issues may have played a factor behind Tampa Bay’s decision to court rival quarterback Mariota. While there are still some who feel Winston is the Buccaneers’ top choice, it’s hard to see just why their scouting team headed to Oregon for a very public meeting/workout with Mariota if they were still interested in the Florida State man.

Tampa Bay general manager Jason Licht and head coach Lovie Smith have both pinned their colours to Winston as they look to improve fortunes from last season which means they are around 125/1 with betfair and other bookmakers for the Super Bowl at the time of writing, even in the face of the negative publicity that has surrounded the 2013 Heisman Trophy winner in the run-up to this year’s Draft due to his numerous off-field indiscretions. But the coaching set-up won’t have final say on the pick and the franchise’s decision-makers have raised some questions regarding the impact signing Winston would have in terms of the Bucs’ relations with the local community. While the ownership will certainly take advice from the coaching team, the decision to now start looking into the Mariota trade points to Licht and Smith possibly being out-voted by those above them.

Mariota has been linked with an early pick in the upcoming trade but it was expected that the Oregon quarterback would be selected behind Winston. The Oregon caller might be the better athlete between the two, but it’s widely thought that Winston is the one who looks better placed to step into the NFL. He may have often made the headlines for the wrong reasons during his college career, but the quarterback showed throughout his time in Oregon just why he is expected to be the first overall pick in this year’s Draft.

One thing is clear, nobody can be certain of just which way Tampa Bay will go come Draft day. But whether they opt for Winston or Mariota, the Bucs will feel confident they have signed a talented quarterback. Although, there is every chance the decision will be used to beat them should the first overall pick not oversee a dramatic upturn in fortunes next season to what the franchise endured in 2014.