You are here: Home / Archives for 343 Industries 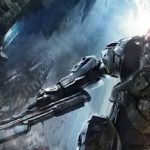 Microsoft's Xbox One reveal press conference a few weeks ago hinted at some new games in the Halo series, and as we sit here waiting for the Xbox E3 2013 media briefing to kick off, we're pleased to report that a new Halo game for Xbox One may make a very public appearance in a little less than an hour. How can we tell? Frank O'Conner from 343 Industries was standing right in front of us talking to some rather high-level individuals with the PR staff. As you can see in the image above, Frank O'Connor -- known as … END_OF_DOCUMENT_TOKEN_TO_BE_REPLACED 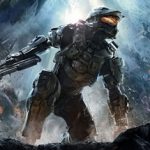 It’s very nice to have the Master Chief back where he belongs in the Halosphere. The past few entries with Bungie at the helm have dabbled with other Spartan and Helljumping characters, but with 343 Industries now steering the ship, Halo 4 brings the franchise back where it began: Master Chief and Cortana battling to save the universe and themselves. It’s that second bit that creates the most intriguing elements in Halo 4, the reasons for which I’ll get into later, because everything else feels instantly familiar. The … END_OF_DOCUMENT_TOKEN_TO_BE_REPLACED

Although Bungie is out of the Halo picture, Microsoft is keeping things moving with its beloved Halo franchise. In fact, Frank O'Connor says a new Halo game announcement is coming later this year, although he (predictably) offered absolutely no details. In an article on CNN.com, the earlier rumors about the original Halo, Halo: Combat Evolved, coming to the Xbox 360 in high-definition gained steam, as a news outlet of CNN's heft always lends credibility to scuttlebutt that otherwise exists only online. According to … END_OF_DOCUMENT_TOKEN_TO_BE_REPLACED