You are here: Home / Archives for Apple 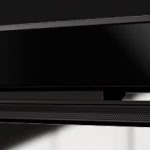 When the Xbox 360 and PS3 launched, the consoles underscored the brief battle between the HD-DVD and Blu-ray Disc formats. Microsoft’s Xbox 360 backed HD-DVD via a peripheral, while Sony’s PS3 used an embedded Blu-ray drive to introduce the format, much like the PS2 doubled as many consumers’ DVD player. Part of Microsoft’s support for HD-DVD over Blu-ray was to avoid paying royalties to a staunch competitor. But with the Xbox One, Microsoft could end up paying royalties to Apple Inc. for every console it sells. And one … END_OF_DOCUMENT_TOKEN_TO_BE_REPLACED