You are here: Home / Archives for Batman: Arkham Origins 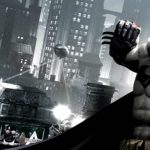 With just over a week until the launch of Batman: Arkham Origins, Warner Bros. Interactive Entertainment has unveiled the Batman Arkham Origins TV spot. Although the ad won't start running until Oct. 19, we have the video embedded here for your viewing pleasure. The emotional piece isn't what many gamers would've expected from a Batman Arkham Origins TV spot. Not when the franchise has so many dubious villains and action-packed sequences. But perhaps that's why it's so compelling. In the spot, you'll see the … END_OF_DOCUMENT_TOKEN_TO_BE_REPLACED

Gamers are now used to the whole "season pass" concept first introduced by the Gears of War series to deliver discounted DLC. The latest franchise to use that approach is Warner Bros.' Batman games, as the publisher today unveiled a Batman Arkham Origins Season Pass for the Xbox 360, PS3, PC and Wii U versions of the game. The Batman Arkham Origins Season Pass will be available immediately upon the game's Oct. 25 launch. It will cost $19.99 but actually be 'valued' at $30, since it will allow people who purchase it … END_OF_DOCUMENT_TOKEN_TO_BE_REPLACED

We know know the identity of a new Batman Arkham Origins character, one of the villains featured in the game. Warner Bros. Interactive revealed Copperhead during a Comic-Con panel for Batman: Arkham Origins that included Creative Director Eric Holmes, Game Director Mark Pacini, DC Entertainment Chief Creative Officer Geoff Johns and actors Roger Craig Smith and Troy Baker (the voices of Batman and The Joker, respectively). Copperhead is one of the eight assassins featured in Batman: Arkham Origins, a prequel of sorts … END_OF_DOCUMENT_TOKEN_TO_BE_REPLACED