You are here: Home / Archives for Cars 2 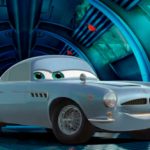 I’d been skeptical about Pixar’s Cars 2 movie since the first trailer hinted that it may be little more than a James Bond spoof. Knowing Pixar, I figured that wouldn’t actually be the case, but it was the first time I felt cautious about a film from the storied studio. I was also skeptical about Cars 2 The Video Game, thinking it would either be a fast-tracked movie tie-in or a racing game with little depth. Well, Cars 2 The Video Game is not only a great entry-level racer for young Lightning McQueen fans, but a … END_OF_DOCUMENT_TOKEN_TO_BE_REPLACED

It's the month of May, which means we're inching ever closer to summer blockbuster movie season. That also means, of course, that we're nearing movie tie-in video game season, a time of year that in 2011 will include Cars 2: The Videogame. Cars 2: The Video Game will ship for Xbox 360, PS3 and Wii this summer, with the PS3 version including 3D gameplay for PS3 owners with 3DTVs. Disney Interactive's support of 3D is no secret, and we're frankly expecting many more 3D announcements from them and other publishers as … END_OF_DOCUMENT_TOKEN_TO_BE_REPLACED