You are here: Home / Archives for Danganronpa V3 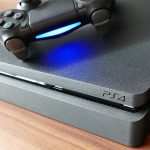 Danganronpa series have been a very popular series and now it has come up with its third installment. Danganronpa V3: Killing Harmony is developed by Spike Chunsoft. It is PS4 game. This PS4 game is a visual novel adventure game. This is the third installment of Danganronpa franchise.in Japan the game was released on 12 January 2017. In North America it was released on September 26, 2017 and on September 29, 2017 in Europe. It is a single player game. The producer of this PS4 game is Yoshinari Terasawa, its artist … END_OF_DOCUMENT_TOKEN_TO_BE_REPLACED