You are here: Home / Archives for DC comic video games 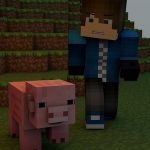 The first ever video game released on a DC Comic’s graphic novel was Atari’s 1979 Superman. A lot has changed since the salad days of video games based on DC comic book characters. From graphics to storylines, developers have made some exciting games featuring Superman, Batman, and other great DC crime fighters. The new Grand Theft Auto video game is still some time away, but fans of the franchise can play GTA slot games inspired by the iconic video game. So, which DC comic-inspired games should fans go out of their … END_OF_DOCUMENT_TOKEN_TO_BE_REPLACED