You are here: Home / Archives for Fantasy Football League 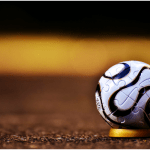 Playing fantasy football can be a lot of fun. That is when the league is run properly by a competent commissioner. When the league is poorly run with nobody in charge then it can be frustrating and exactly the opposite of what you were hoping for. If you have been in too many poorly run leagues, then you surely have considered starting your own league and doing it yourself. You may be able to learn from the mistakes of the commissioners who didn’t do such a great job, but there is more to it than that. If you want … END_OF_DOCUMENT_TOKEN_TO_BE_REPLACED