You are here: Home / Archives for Galaxy racer ESPORTS 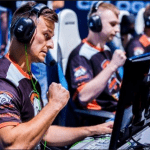 UAE based Esports Organization , Galaxy Racer Esports announced their new PUBG Mobile lineup featuring Ex- Fnatic Stars Owais and Maxkash on Saturday. Despite  the ban on PUBG Mobile in India , the organization has announced it's star filled roster.   Galaxy Racer Esports , a Dubai-based Esports organization , which is one of the fastest-growing esports organisations in the world. They have a total of 10 professional rosters  from 22 countries.   They have professional rosters in different gaming titles such as … END_OF_DOCUMENT_TOKEN_TO_BE_REPLACED