You are here: Home / Archives for Gaming on Linux 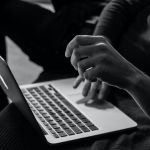 Linux has always been seen as a rather rigid operating system for gaming. Many games used to be unavailable on Linux, and the ones that you could play used to have all sorts of bugs. However, the situation’s not the same anymore with Ubuntu 20.04. The OS is way better for gaming than you may think. In certain situations, games even run better on Linux than on Windows. This is quite impressive so let’s see what lead to Linux’s improvements. ProtonDB Gaming on Linux is just as simple as pressing a button … END_OF_DOCUMENT_TOKEN_TO_BE_REPLACED