You are here: Home / Archives for important tips to rocket league trading 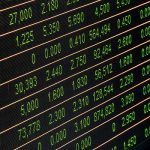 Rocket League has certainly gone from strength to strength since it released on PS4 and PC back in 2015. Following releases on Xbox One and now Nintendo Switch, Psyonix's indie hit has skyrocketed to fame, on both the casual and competitive gaming scene. You might have been sat in a game and wondered why you are receiving messages from other players asking if you would like to trade, without knowing what it actually entails. Fear not, as this guide will help you through the trading system and how the process works. … END_OF_DOCUMENT_TOKEN_TO_BE_REPLACED