You are here: Home / Archives for james bond movie series 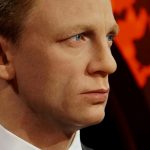 Even though the James Bond series have been around for 55 years, it remains relevant and a force to be reckoned with in the movie industry. A total of 24 films have been released and plans are already in place for the next 007 adventure. Sony Pictures Entertainment have been distributing the films for over a decade. The contract began when Casino Royale was released in 2006 and it finally expired two years ago with Spectre. Quantum of Solace and Skyfall were the two other movies released by Sony Pictures before the … END_OF_DOCUMENT_TOKEN_TO_BE_REPLACED