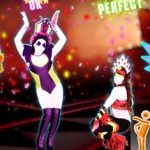 It's hump day today, which means it's time to get off your sofa and onto your feet. Ubisoft has shipped a game that promises to do just that, with Just Dance 2014 now available for Xbox 360, PS3 and Wii U. Just Dance 2014 is the fifth game in the best-selling franchise. Amazingly, this all-new entry costs just $39.99. When Just Dance 2014 releases for Xbox One and PS4, it will carry an MSRP of just $49.99. That figure is $10 less than most next-gen titles. Ubisoft's dancing game will ship for each of those systems on … END_OF_DOCUMENT_TOKEN_TO_BE_REPLACED 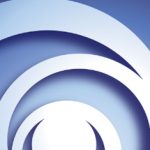 The full song list for a dance and rhythm game is like gold for soundtrack buffs, particularly when the game is coming to Xbox One and PS4 in addition to the current-gen systems. Today, Ubisoft announced the complete Just Dance 2014 song list, a soundtrack list that's more than 45 songs deep and is bound to grow with downloadable tracks as time goes on. But the debut list is already impressive. Ubisoft's full Just Dance 2014 song list includes nearly four dozen tracks including some of the biggest singles getting … END_OF_DOCUMENT_TOKEN_TO_BE_REPLACED