You are here: Home / Archives for League of legends online battle game 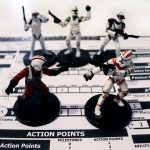 Riot Games has launched a new series called Must Watch Matches to allow League of Legends players and fans to catch up on the best games of the week. Every Tuesday, the LoL creator will stream three of the best matches from across the LPL, NA LCS, EU LCS, and LCK to audiences in North America and Europe. A group of casters from each of the four regions will deliberate each week to decide which exciting games make the cut. It began on March 13 and will be shown every Tuesday forthwith, allowing you to keep up with the … END_OF_DOCUMENT_TOKEN_TO_BE_REPLACED