You are here: Home / Archives for LEGO Batman 2 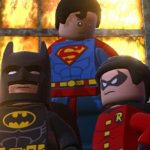 For all those younger gamers out there, making references to “POW” and “ZOWEE” flashes when Batman hits an enemy will elicit nothing more than confused blinking. For more mature gamers, the comments will inspire nods of understanding and some context as to how long I’ve been a Batman fan. I’ve known about Batman since before Heath Ledger spoke his first word, so a game like LEGO Batman 2: DC Super Heroes doesn’t enter my console lightly. Yes, it’s another LEGO game, and yes, even within the LEGO Batman franchise it’s a … END_OF_DOCUMENT_TOKEN_TO_BE_REPLACED