You are here: Home / Archives for Mapplestory adventures 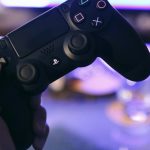 MapleStory was launched in South Korea in 2003 after which it reached North America in 2005. It was and is still a free-to-play game and inherits a money-grabbing success story. This massively multiplayer online role-playing game (MMORPG) flourished fundamentally in the Asian diaspora. Like its modern counter, World of Warcraft, MapleStory is accounted for as a matchmaker for genuine friendships and even marriages. The category of MMORPG was initially proposed to be a progression of MUDs (Multi-User Dungeons). … END_OF_DOCUMENT_TOKEN_TO_BE_REPLACED