You are here: Home / Archives for Metal Gear Solid V: The Phantom Pain 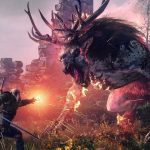 2015 was undoubtedly one of the best years for gamers, with engrossing titles across various genres flooding the stores. As expected, deciding which to buy and which to leave was a tough choice. So let’s help you choose the best video games of 2015. Halo 5: Guardians The dream game for all the Xbox One owners, it brought Halo’s frantic gameplay back to the fore and was a smash hit among gamers. The highlight of the game is its multiplayer mode, mainly the 24-player Warzone, with maps four times larger than any … END_OF_DOCUMENT_TOKEN_TO_BE_REPLACED 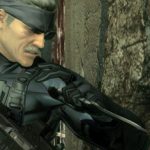 The last time we heard much from Kojima Productions, it was at the Xbox E3 press conference, where Metal Gear Solid V: The Phantom Pain was highlighted as one of many big-name franchises coming to Xbox One. As it turns out, Konami has a second round of news regarding Metal Gear Solid this summer, albeit not quite as glamorous. The company has opened a new Konami studio in Los Angeles studio to work on the Metal Gear Solid series. The new Konami studio in LA will develop a variety of games, but the most famous of them … END_OF_DOCUMENT_TOKEN_TO_BE_REPLACED

Solid Snake's old...of course there's a phantom pain! Konami can't afford a hip replacement, so they got Snake a new voice instead. Whatever joke you wish to make, Konami today shared some serious news that, quite frankly, is a pretty big deal for Metal Gear Solid fans: Kiefer Sutherland will provide the voice for Snake in Metal Gear Solid V: The Phantom Pain. The announcement about Sutherland's involvement came during Konami's pre-E3 event. The A-list actor participating in the next installment of the Metal Gear … END_OF_DOCUMENT_TOKEN_TO_BE_REPLACED