You are here: Home / Archives for Movies by Christopher Nolan 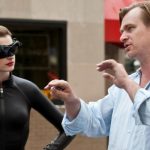 A film is a work of art that begins from the second an idea takes birth and lives on forever through its viewers, critics, and fanatics. I think we have all watched a movie that left us feeling a way we have never felt before, feeling as if we had been transported into a realm unknown to us and thrown back into reality as the credits began to roll. Christopher Nolan is an American-Britsh renowned film director, producer, and writer who is a Michelangelo of his time. Christopher Nolan is known to create cerebral, … END_OF_DOCUMENT_TOKEN_TO_BE_REPLACED