You are here: Home / Archives for New games for video games 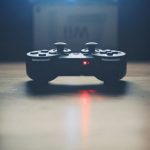 Everyone loves to play video games and here is review of the recently released game named as Chaos; Child. Again, it is a Japanese game like the Danganronpa V3 (which is an adventure game which includes lots of fighting and killing). Let us start reviewing the game which is a PS4 game release. Here is its game review. Chaos Child Chaos; Child is developed by 5pb and is a visual novel game. It is sequel of Chaos series which started with Chaos; Head in 2008. In science adventure series it is fourth main entry. … END_OF_DOCUMENT_TOKEN_TO_BE_REPLACED