You are here: Home / Archives for new IO game Lordz.io 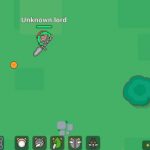 Lordz.io is a self-described game of “Online Medieval Warfare.” All the classic battlers are present, from foot soldiers to knights and archers. The spelling of “Lordz.io” is a hint that this game isn’t 100% serious. Advanced kingdoms guard themselves with cartoonish, fire-breathing dragons and ridiculous barbarians. First and foremost, Lordz.io is designed for maximum entertainment and playable on Poki. Amassing Men and Beasts The strongest player in Lordz.io is he or she who commands the largest army. This is a … END_OF_DOCUMENT_TOKEN_TO_BE_REPLACED