You are here: Home / Archives for Phone 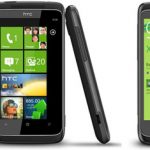 Microsoft has this knack of releasing products before their ready, so it’s OK to be skeptical of the latest batch of Windows phones. Sure, they include Xbox Live connections, but that promise comes from the company that launched Xbox Live a bit prematurely in the first place on the original Xbox, right? Or that five years ago at E3 promised mobile connectivity to the XBL community? Funny thing: Microsoft must have learned its lesson, because if the HTC Trophy Windows Phone is any indication of all the other Windows … END_OF_DOCUMENT_TOKEN_TO_BE_REPLACED