You are here: Home / Archives for Road redemption review 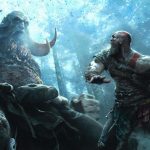 Road Redemption is a vehicular combat racing game which was developed by Pixar Dash Studios and CQ Games as a successor to the legendary and famous Road Rash Game series. The PC versions of the game were released on 7 October 2017 while the console versions were released on 8 November 2018. Only a few elite games have been able to come near the legendary status of the Road Rash Series whose last game was released some 17 years ago on the original Play Station player. Road Redemption, which was developed as a sequel … END_OF_DOCUMENT_TOKEN_TO_BE_REPLACED