You are here: Home / Archives for Season 6 esports championship series 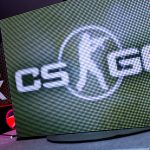 The largest esports stadium in North America will open its doors for the first time on Thanksgiving as it hosts the Esports Championship Series 6 Finals. The 100,000 sq ft Esports Stadium Arlington in Texas cost $10 million to build and it is kitted out with all the latest hi-tech amenities. It is the largest gaming facility on the continent, replete with an 85-foot-tall LED wall screen, a players’ lounge, a data center and a broadcast control room. The stadium has a capacity for 2,500 spectators and it is expected to … END_OF_DOCUMENT_TOKEN_TO_BE_REPLACED