You are here: Home / Archives for Super fun video games 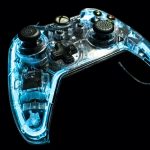 Tesla CEO and co-founder Elon Musk is no stranger to making headlines for his wild ideas. After all, he is the founder of SpaceX, a company that wants to facilitate the colonization of Mars. So, when Musk tweeted that he wants to bring "super fun" video games to Tesla vehicles, few people were surprised. Considering Musk's other, more outlandish ideas, this was relatively mundane. In his tweet, Musk asked video game developers to "consider applying" to Tesla. The executive also said that he is specifically looking … END_OF_DOCUMENT_TOKEN_TO_BE_REPLACED