You are here: Home / Archives for Titanfall 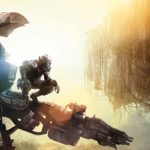 Electronic Arts has finally announced the Titanfall release date for Xbox One. The first game from Respawn Entertainment, a ragtag crew of former Infinity Ward (read: Call of Duty) developers, Titanfall will release to store shelves on March 11, 2014. Titanfall is an exclusive to Xbox One, Microsoft's next-gen system that ships Nov. 22, as well as Xbox 360 and Windows PC. In other words, when Titanfall releases it'll leave Sony and Nintendo out in the cold, making it the only must-have third-party exclusive for a … END_OF_DOCUMENT_TOKEN_TO_BE_REPLACED

Most Emotional Moments in Football