You are here: Home / Archives for Which of Ronaldo's record can Messi break? 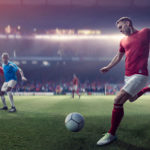 Lionel Messi stands a great opportunity to beat some of Cristiano Ronaldo's most illustrious records in European football following the Portuguese’s decision to join Saudi Arabian side Al Nassr. During his stint with European giants Manchester United, Real Madrid, and Juventus, Ronaldo solidified his place among the all-time top goal scorers. Some of his records may not stand for much longer since he will no longer be playing at the highest level of European competition and is now expected to play … END_OF_DOCUMENT_TOKEN_TO_BE_REPLACED