You are here: Home / Archives for Why candy crush saga is so popular 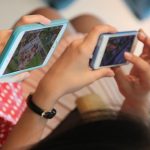 Remember, there was a time when all we used to play on our phones was either Temple Run or Candy Crush Saga. In fact, the latter had become a huge rage instantly and it was one of the most downloaded and played games for a while. It wasn’t anything new. In fact, it was just an old product in a new package. Candy Crush Saga was an application that could be downloaded for free and that is what first of all led the video game to become an instant hit amongst everyone. The game was very easy to play. All you had to do was … END_OF_DOCUMENT_TOKEN_TO_BE_REPLACED