You are here: Home / Archives for Why nintendo expects to sell 20 million units next year 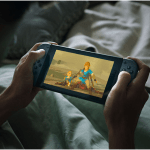 Nintendo officially struck gold with the Switch. Since its launch last year, the hybrid console has sold so well that it defied even the loftiest of expectations. In its first 12 months, the Switch sold more than 17.79 million units, which could have been a lot more if the company didn’t experience production troubles in 2017. Now, it’s aiming to sell 20 million units and considering everything that the Switch has going for it, this is almost a certainty. A lot of the reasons for why the Switch was so popular in its … END_OF_DOCUMENT_TOKEN_TO_BE_REPLACED

How to Have a Better Gaming Experience on a Mac?