You are here: Home / Archives for Xbox Live

The other night I was downloading The Typing of The Dead to my laptop, playing Diablo 3 online with a friend on PlayStation 3, and my wife was streaming The Vampire Diaries on Hulu through her Nexus 7. I have a 12 Mbps connection from Time Warner Cable. It's not the fastest, but it's above average (more on that later). Still, nothing worked right. Diablo 3 stuttered, and my voice chat with my friend kept dropping out. My wife's tablet was buffering every other minute just to show her what might be the worst video … END_OF_DOCUMENT_TOKEN_TO_BE_REPLACED

The original Mutant League Football was released in 1993 for the Sega Genesis, earning an immediate status as cult classic among thousands of gamers -- us included. Now with the wonders of crowd funding, Mutant League is hoping to make a comeback via Kickstarter, with none other than the original creators behind what's being called "Mutant Football League." The original combination of monsters, mayhem, and good ol' American gridiron action was too hard to resist. It will be interesting to see how it plays among a new … END_OF_DOCUMENT_TOKEN_TO_BE_REPLACED

The retro-inspired 2D platformer game Capsized is now available for Xbox 360. The publisher, Namco Bandai, announced that its newest title is ready for your downloading pleasure on Xbox Live. The Capsized game carries an "MSRP" of 800 Microsoft Points. Capsized includes two-player offline co-op action and presents more than a dozen non-linear levels, along with exclusive levels and achievements for Xbox Live players to unlock. In the futuristic world of Capsized, the player’s ship crash-lands on a strange and … END_OF_DOCUMENT_TOKEN_TO_BE_REPLACED

Scourge Outbreak, a raw and gritty squad-based shooter built with Unreal Engine 3, is now available for Xbox 360 via Xbox Live Arcade. Scourge Outbreak has full four-player co-op support throughout the entire 6+ hour campaign, as well as intense close-quarters PvP modes for up to eight players. With four playable characters, each of whom has different weapon handling stats and a distinct combination of special abilities, Scourge Outbreak puts players in the shoes of the veteran mercenaries of Echo Squad. Unique … END_OF_DOCUMENT_TOKEN_TO_BE_REPLACED 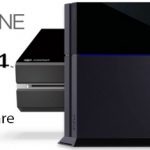 All the talk before E3 was the battle looming between Sony and Microsoft going toe to toe with dueling press conferences. Sony seemed to have the last laugh, both literally and figuratively, with its press conference scheduled for the end of the day and the revelation that the PS4 would retail for $399, a full $100 less than the Xbox One. Yet this final article in our three-part series explores whether Microsoft -- in spite of history being stacked against it, and in spite of failing to learn from the past -- is still … END_OF_DOCUMENT_TOKEN_TO_BE_REPLACED