You are here: Home / Archives for Xbox series X games 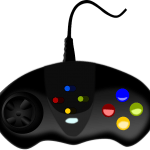 The new Xbox Series X game will launch in just two weeks. Microsoft announced the Xbox Game Showcase on July 23. This will most likely include the long-awaited launch title – "Halo Infinite" - along with several other games from Xbox Games Studios. Look at what Xbox had to say about the event: "Xbox Series X is now in the hands of our 15 Xbox Game Studios teams and the biggest names from our network of game development and publishing studios worldwide, ensuring Xbox Series X will power a new generation of blockbuster … END_OF_DOCUMENT_TOKEN_TO_BE_REPLACED