We all already know the story, everyone eagerly awaits another Star Wars licensed title only to be let down when it ships. Maybe that’s not true in all cases (Knights of the Old Republic, to cite one example) but in general; it seems that the LucasArts stamp of approval is more of a curse than a blessing. Is it possible that Star Wars: Battlefront can shake that curse?

Battlefront is, for all intents and purposes, a pretty straightforward third-person shooter. Every battle consists of two sides (Rebels vs. Empire, Empire vs. Wookies, Gungans vs. Trade Federation, etc.) that must square off on a variety of maps and basically wipe one another out. Each side has a set of classes the player can choose from to suit their game play style. While for the most part the classes are the same across races/armies, you can unlock a few cool specialty classes. For example, you can unlock the Dark Trooper a fast-flying stormtrooper that packs a hefty punch. The basic classes are just that, basic – you’ve got snipers, anti-vehicle troopers (armed with rockets and mines), standard infantry and a few others. In the single player mode, it’s all about choosing which class you can play best and surviving with it, while in online multiplayer, you’ll need to pick a class that best complements you and your teammates’ skills.
So what’s the gameplay like? It’s pretty simple, and that’s being kind. Each round starts with 200 soldiers on each side and a series of Command Posts/Control Points set up for each team. These Command Posts function as spawn points, so you want to capture as many as you can, as this limits where your enemies can respawn troops after death, and allows you to respawn deep within enemy territory. If you lose your last Command Post, you’re in a lot of trouble, as you won’t be able to spawn any reinforcements. So while you might have another five dozen troops in reserve waiting to save your bacon, they won’t be able to appear on the map, which means the enemy will just chew up your remaining troops and call it a win. Once one side is depleted of all their troops, or cannot spawn any more due to the loss of all Command Posts, the round is over and a new one starts. Online multiplayer plays exactly the same as single player, there are no additional or special game types, it’s just a game of jumping into a match and killing everything in sight.

Speaking of online play, this is where Pandemic and LucasArts really dropped the ball to be perfectly honest. First off, there are no lobbies to gather in and set up an online match on Xbox Live. The only ways to join games are through the ever random QuickMatch or OptiMatch. You can create your own game and invite friends, but there’s no lobby, so you can’t even choose sides before a game begins. That means plenty of games where everyone is on the same side, instead of having evenly matched team rounds.
Did I say “mindless” when referring to the AI? Maybe that’s a bit harsh, but the AI does have its moments of glaring stupidity. Many times, you can find enemy troops just standing in place, gazing around waiting to be shot. Or, they’ll jump into a turret, spinning in all directions, but never firing a shot. AI opponents make easy prey for snipers. What’s odd is that they do have moments of brilliance, also. Rebel snipers seem particularly well programmed, as they hide, pop off a few deadly shots, and move to a new location to attack again. As a whole, however, you won’t find a ton of challenge from the AI in single or multiplayer modes, unless they manage to swarm your location and you can’t shoot them fast enough.

Graphically, this game is insanely hot. It looks and feels 100% like you’re in a Star Wars film, be it one of the new ones, or the classics. Each unit, vehicle and location is exactingly crafted, looking far better than anything from the Star Wars universe produced for Xbox thus far. The audio is likewise a match for the films, which actually, is kind of sad, since they lack the zing and pop of other non-Star Wars action titles. But if you want a game that looks and sounds like Star Wars, this is it.
The levels are all based on environments from the new and classic Star Wars universe, so they’ll be instantly familiar to fans of the films. For the Xbox, the maps are nicely sized, not too big and certainly not too small. Some maps, like the ice planet Hoth, have hidden tunnels and vehicle hangers to keep things interesting. One annoying bug with all of the maps seems to be a random framerate slowdown. Even when you’re the only player on the map, you’ll run into these sudden slowdowns, which disappear almost as quickly as they appear. It’s not a huge pain but makes the game feel a little unfinished.
Ok, so the big one – what about the vehicles? There isn’t a Star Wars fan out there who hasn’t imagined being at the helm of an AT-AT, X-Wing or Snowspeeder, and well, you’ve got a shot at driving them all in this game. Before you get too excited about crushing Rebels with an AT-AT, you should know that each vehicle handles differently, which means lots of learning for you. These vehicles do not handle as smoothly or easily as those in Halo, so consider yourself warned.

Now it’s time to wrap this up, and you’re probably wondering whether you should buy or rent Star Wars: Battlefront. I’d say it’s a rental, but a good one. Just to see the epic battles with Snowspeeders launching tow cables to trip AT-AT’s while Imperial troopers launch flurries of rockets is worth the price of a rental. Unfortunately, the lack of any real depth to the gameplay, random game crashes and the poorly implemented Xbox Live features make it too hard to suggest as a purchase.

Gameplay: 6.9
Fast-paced and fun, but weak online offerings and overall pretty generic gameplay
Graphics: 9
Gorgeous, plain and simple
Sound: 8
Sure sounds like Star Wars – which is unfortunatly somewhat limiting and dull
Replay: 6.5
Single player campaigns are no different than online multiplayer.
Overall: 6.9
Fast and fun, though certainly flawed in many ways. 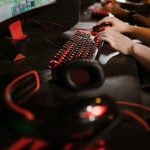