You are here: Home / Finances / A Beginner’s Guide to Rocket League Trading 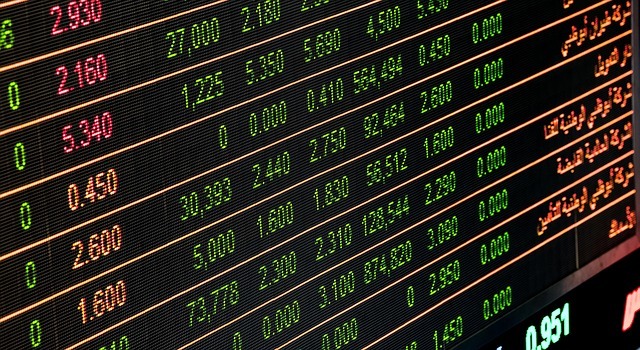 Rocket League has certainly gone from strength to strength since it released on PS4 and PC back in 2015. Following releases on Xbox One and now Nintendo Switch, Psyonix’s indie hit has skyrocketed to fame, on both the casual and competitive gaming scene.

You might have been sat in a game and wondered why you are receiving messages from other players asking if you would like to trade, without knowing what it actually entails. Fear not, as this guide will help you through the trading system and how the process works. The task itself is pretty self explanitory, as the game gives you the option to trade your items and crates with fellow players. But before you dive in, there’s a few things that you should know first about Rocket League trading.

To get started, you’ll want to check out a number of trading sites, but some are much better than others. For example, if you want to play it safe, then your best bet is probably going to be rl-trades, as it uses a combination of trades from a number of sources such as the official Rocket League website, plus rltracker.pro, Reddit and even Discord.

What’s more, rl-trades has a system in which you can abbreviate what you are looking for, which will come in handy for searching purposes. So if you simply type the first few letters of your desired item into the search bar, then it will come up with a collection of posts for your item.

The next step you’ll want to take is finding the right prices, so the best thing to do is search for pricing guides. You are bound to find one eventually that you will begin to use consistently if you personally find that they are fair, though it is best to have a few at a time for comparison purposes.

There are some with a good reputation too, particularly on Steam. The price guide put up by SajukX, which you can find at Sajukx.rocketleaguepriceguide.com. This is a site that was recommended to myself and one that I use, and usually has an up to date pice list for you to go off of. As stated before, even if you find one that you do like, it’s best to have a couple of others just in case.

Now that you have some sites to check out for trading and your pricing guide, you’ll want to dive into what is referred to as item overpay. This part can be tricky, as you’ll need to be smart in the decisions you make, as they can either make you profit or be completely useless.

So, if you were to head to rl-trades and find an item that is in demand, correlate it with your guide. If the prices are in a similiar region, then you should go ahead and take it. However, if it’s an item that there isn’t much demand for, and isn’t selling for a very high price, then you could end up being stuck with an item you can’t sell.

Don’t worry if this seems complicated at first, it definitely takes some practice to get used to. Once you learn more about what items are in demand and what typical trading prices are, then you’ll soon be well on your way to being a trader.

Once you’ve clued yourself up on all of this, you’re good to go ahead and start posting your trades. As stated earlier in the best sites for trading, this is where you’ll want to head. You don’t just have to rely on these sites however, as there are plenty of discussion pages to do it on. These include social media platforms such as Reddit, or if you head over to the game’s Steam community page, there are several hundred thousand traders operating most of the time, so you’ll never find yourself stuck to go into trading with.

Hopefully this brief guide will help you on your way with Rocket League trading, and you’ll be a market whiz in no time.