You are here: Home / gaming / 5 Tips That Will Help Boost Your Gamer Ranking Quickly 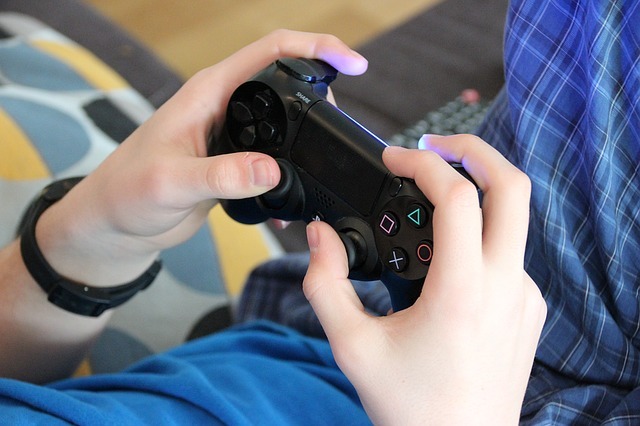 The world of gaming has exploded in recent years with plenty of people making enough money to support themselves simply through playing video games. The increased popularity of live streamers in gaming has turned certain gamers into online celebrities. The truth is that nobody is going to want to watch an average gamer play as it is incredibly boring. Increasing your ranking as well as skills can allow you to climb up the rankings whether it is on Xbox Live or another online gaming platform. Small tweaks in how you approach a game can allow you to climb up the rankings quite quickly. The following are tips that will help you climb up the rankings regardless of what game is being played.

Do Research on Characters/Teams That Fit Your Playing Style

Doing the appropriate research on characters or special moves is important. Every gamer has a different style so different characters will work out best for different styles. A person who just goes wild and runs into an enemy area will probably want a machine gun instead of a sniper rifle. Know your style and complement it with the best character possible.

In the cases of sports games it is important to do research on the actual teams. Most online sports games have daily updating rosters so knowing who is healthy is imperative. For example, in a game like NBA 2K18 a bad team like the Orlando Magic could be blown out of the game with the Golden State Warriors. Even if the person playing as the Magic had more skills they put themselves at a disadvantage by picking a terrible team. Playing style should dictate what team you use but it is hard to argue against picking the Warriors as their talent in real life has been translated into the game.

The first thing that many people do when they get a new game is try to play online nearly immediately. This is asking for trouble as you can lose a handful of games that will make it harder to rank up in the future. If you are thinking of playing in a squad you need to watch a few tutorials as team play often differs immensely from regular play. These tutorials might seem like a waste of time but one simple direction can be the difference between winning matches and playing like a noob.

The world of competitive gaming relies heavily on finding out how to beat the system with finding glitches in the game. Anyone who has played Madden realizes that there are certain plays that are just unstoppable if run by a specific team/player. Getting the controls down is important as well as those gamers you will be playing will have it down expertly.

For shooter games it is important to test your skills with every weapon that you can pick up during online play. In these shooter games the sniper rifle is usually the best weapon to master as shotguns and other weapons will not have the same accuracy from long distances. Mastering throwing grenades or bombs will also help maximize your number of kills.

For sports games practicing basic skills will be the best thing that you can do. Real gamers play much different than the computer so defense is where you are going to have to do the most learning. Many online players do not play a realistic style during sports games (going for it on every 4th down in football) so you will have to determine a player’s style in the opening minutes of the game.

Far too many people plummet in the rankings by drinking and gaming. You simply do not have the reaction time to compete at a high level when drunk. Do not play anything that impacts your rankings but this does not mean you cannot play at all. Playing with a friend that is over can allow you to practice against live competition. This also gives the player the opportunity to try different techniques and strategies instead of experimenting with them in ranked games.

Caffeinate Up For Those Long Gaming Sessions

You are going to have to put in the time if you want to be considered one of the best at a certain game. Long hours can make you tired but games need to be played daily to really impact your overall ranking. Those who are really serious gamers will ask “How much Gfuel can you drink a day” as this can help you stay alert and primed for gaming. Caffeine is the perfect solution when you are tired or simply don’t think you can stay up to play.

As you can see it is important to have your ranking in mind from the time you have purchased the game. Do not dig yourself into a hole by doing something dumb like jumping directly into ranked games. What are tips you use to climb up the rankings?