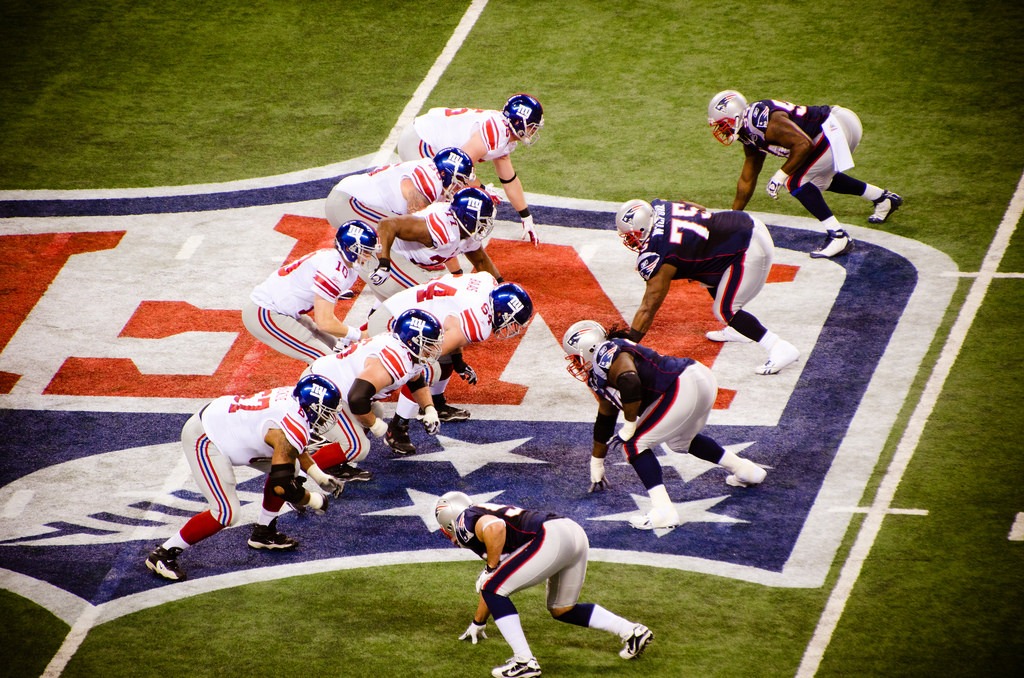 The National Football League season is back – and we love it. American Football fans from all over the world will be tuning in to watch the opening game of the new campaign in the hope that their favorite team can make it all the way to the Super Bowl in Houston next February.

Every year, all 32 teams have a chance to win sport’s ultimate prize but only one franchise can emerge victorious. We take a look at three serious candidates for the title this season and give our thoughts on why they might be the teams to beat in 2016…

The Patriots will have to cope without four-time Super Bowl winning quarterback Tom Brady for the opening few weeks of the season but Bill Belichick’s men must be considered very seriously despite this setback. Brady tends to perform better when he is fired up and the 39-year-old is certainly feeling the injustice after his four-game ban was upheld.

However, New England know how to defy the odds and that is why plenty of punters will be backing the Patriots to claim their fifth Super Bowl title this season. At the time of writing, they are one of the leading candidates in the betting pool and those looking to get a little more value for their money can check out bonus.ca for the latest punter offers and promotions.

New England travel to Arizona on the opening week of the season and it wouldn’t be a huge surprise to see both teams go toe-to-toe again in the Super Bowl at the end of the year. The Cardinals are widely regarded as the NFL’s most “complete” franchise and Bruce Arians will be full of confidence ahead of what could be a defining campaign.

Arizona have made the playoffs in each of the last two years and many will be expecting the Cardinals to feature in the postseason again this time around. With the likes of Tyrann Mathieu, David Johnson and Larry Fitzgerald in their ranks, Arizona have talent on both offense and defense; and it would be foolish to write the Bird Gang off this season.

Over in the AFC North, it looks like the Pittsburgh Steelers and the Cincinnati Bengals are going to battle it out for the divisional title – and both will expect to advance to the playoffs in 2016. However, I like the Bengals to come up trumps; Andy Dalton produced the best numbers of his career last season and Cincinnati will be quietly confident of going all the way if he can pick up where he left off before getting injured.

Sadly, the Bengals lost Hue Jackson to the Cleveland Browns job in the offseason and Cinci’s offense may suffer as a direct result. On paper, they still have enough quality to win at least 10 of their regular season fixtures and from there, it is anybody’s guess. At the end of the day, defense wins championships and Cincinnati’s is as good as any in the AFC.