You are here: Home / Blog / The Rise of Esports in the Betting Industry 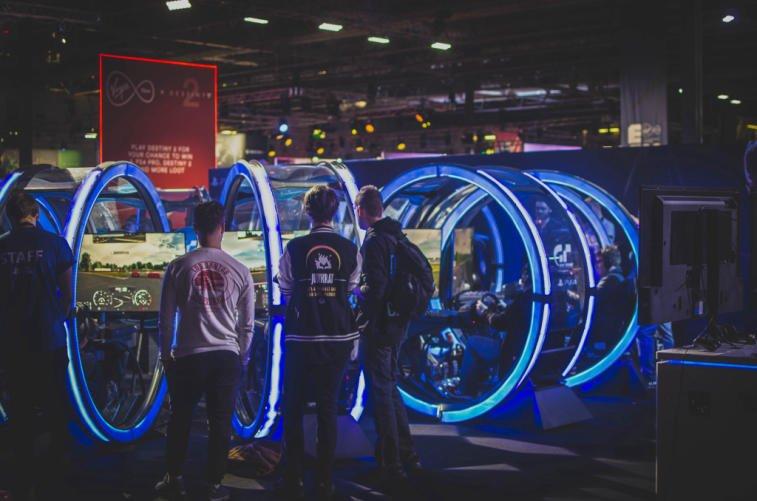 The global pandemic crippled the world economy and halted everything ranging from live theater to rodeos, to professional sports and plenty in-between. People were suddenly out of work and out of options concerning anything of a recreational nature. Home alone, or with housemates, Covid-19 kept people in fear and isolated.

Sports fans were desperately looking for an alternative after the NBA and NHL shuttered their doors in March of 2020 followed by Major League Baseball delaying its season. International soccer came to a standstill and suddenly there was nothing to do and all day to do it.

The perfect storm of Covid-19 coupled with soured trade relations between the two biggest economies in the world created a tempest that destroyed almost everything in its path. Yet, one industry actually flourished – video gaming. People were home and seeking entertainment when the rise of eSports like League of Legends, and Fortnight, to name but a few filled the void with a ferocity no one saw coming.

In hindsight, it made perfect sense. Demographics that are not normally associated with video gaming or eSports were suddenly viable markets because they were captive audiences and introduced to a world to which they were previously unfamiliar, and many became hardcore fans because of it.

But it wasn’t merely video gaming, per se. It was competitive eSports where professional players competed and people of all ages were suddenly watching it. Naturally, the live eSports tournaments were under the same lockdown constraints as professional sports so there were few grand stages with obscenely large monitors and thousands of fans cheering in person.

However, literally millions were suddenly watching the remote tournaments online and that sparked another industry to begin aligning with eSports – the sports betting industry. The best online bookmakers, like Wagerweb sportsbook, were now offering lines on the various eSports tournaments and as the popularity grew, so too did the gambling action on the events.

According to a report by SportingPedia referencing a release by the UK Gambling Commission, “Industry insiders believe that the future will open new horizons for the eSports industry development. New games with better quality will appear on the scene to cater to the constantly growing demand for new more engaging games. Some experts even consider that artificial intelligence will also find its place in eSports. In addition to that, more jurisdictions will regulate the eSports betting market.

“Recognizing the big potential of the eSports industry, a growing number of casinos started to accept wagers for eSports competitions. In 2018, Luxor Casino made the headlines after it was announced that the casino is ready to open the first purpose-built eSports arena on the Las Vegas Strip. We expect that this trend will continue and other land-based casinos will build such an arena.”

According to Statista, the eSports market was worth more than 1.08 billion USD in 2019, up more than 50% from the previous year. The market is anticipated to be valued at over $1.6 billion in 2024. However, based on the industry’s tremendous development, even those forecasts sound cautious, thanks in large part to the pandemic attracting a brand-new audience and demographic to the realm of eSports.

Perhaps one of the many features that attracted the new eSports viewers was the similarity to professional sports that have long been established in the fabric of our society. The obvious talent by those playing and the coordinated efforts of the teams piqued the interest of people outside of the gaming demographic.

Increased exposure has resulted in more sponsorships and a larger viewership. Although some of the new audience will drift back to their old recreational habits, and sports of choice, many will remain eSports fans which is a base that would never have existed had it not been for the pandemic. Betting on eSports has exploded by a whopping 500 percent in only one year!

An article in Esports-news.The UK spoke of the advantages of Esports, saying: “When it comes to esports betting, you always have a tournament or game to bet on. Multiple bets allow you to combine multiple selections in one bet, which increases the player’s chances of winning, however, in return the stakes will also have to be larger.

“You can bet pretty much any amount on esports betting sites as most websites do not offer minimum stakes. Esports betting is also very easy to bet on, you just need to learn a few basics to do it without having to follow too many rules and instructions. The process of betting on esports is similar to that of regular sports betting. If you win, the final amount you will receive will be from the stake amount multiplied by your odds.

“Some popular esports such as Fortnite, Overwatch, Dota 2, and LoL are constantly changing, with new patches, characters, and updates adding something fresh. The result can change the balance of competition. Besides, rosters can also change in the esports world.”