You are here: Home / Movies / Blu-ray / Spirited Away Review 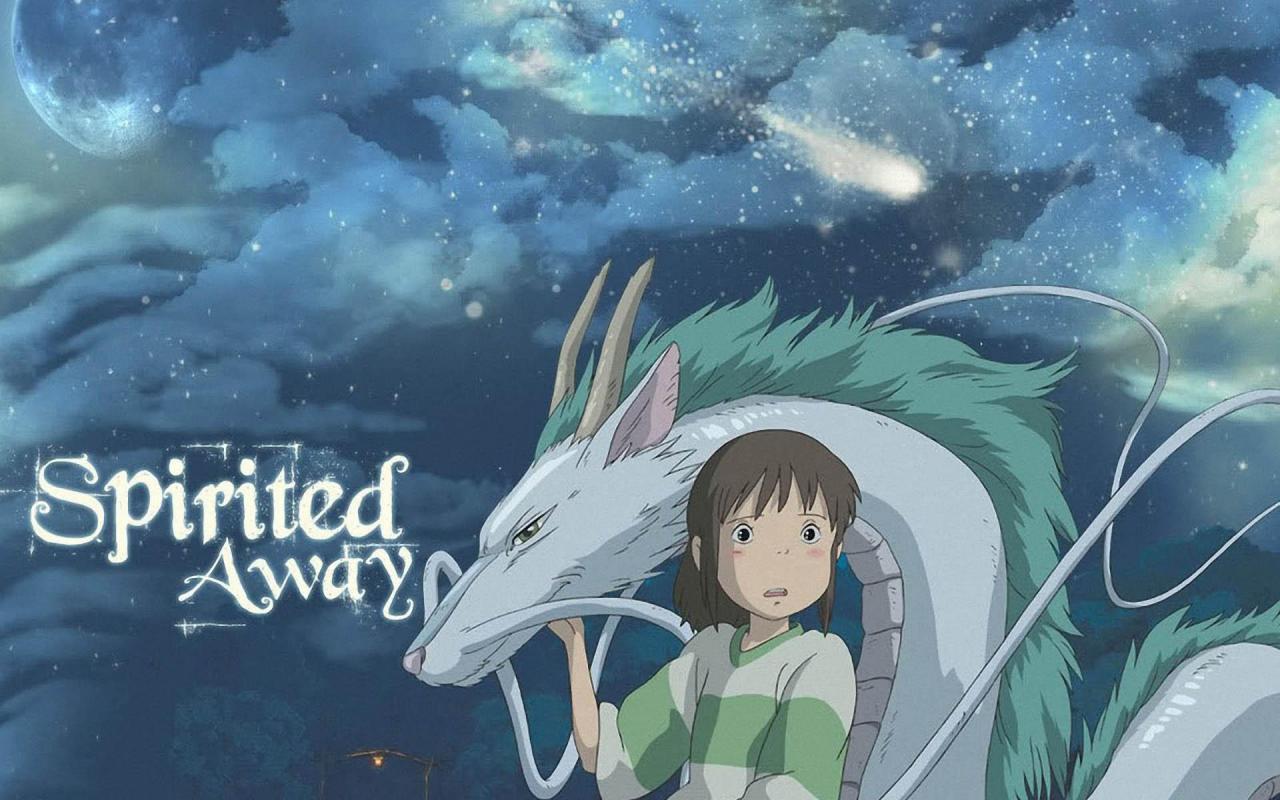 Spirited Away is a stupendous film by one of the master storytellers of the modern cinema- Hayao Miyazaki.

The plot revolves around Chihiro, a small girl who feels a little insecure about relocating and about the new setting she will be living in. As Chihiro and her family are on their way to their new house, her dad takes a shortcut and they become lost. Eventually they get into an abandoned amusement park where Chihiro’s parents mysteriously turn into pigs. She also meets a world of strange demons, ghosts and other characters including a mysterious small boy Haku who cares to help and warns her that to stay alive Chihiro should find a job at the centerpiece of the park, which is a bathhouse for ghosts run by the evil witch Yubaba. Chihiro is left with no choice but to find a job at the bathhouse and break the spell on them before her parents end up as someone’s dinner.

The director has done a terrific job of making the audience empathize with the main character, and it shows. Yes, it does take a little longer than 15 minutes to get an idea what’s going on. Neither does Chihiro, the brave young female, who plays the lead role in the film. But, within a matter of minutes, you simply can’t help but fall in love with Chihiro as she goes about discovering several interesting and strange characters of her world. Speaking of which, the world shown in the movie is not filmed just like a fantasy world. Perhaps the fact that our world is an amazing place does not seem to bother Miyazaki.

Having said that the director has taken great care to infix all the animated characters with great subtlety. Anyone who is excited about watching the movie would start to care for them as if these animated characters were actually breathing and living. Full of vivid images-both horrifying and beautiful, the quality of animation shown is remarkable, if not as real as Disney’s works. However, the imperfect yet detailed world of Spirited Away works in its favour, something you wouldn’t expect from the ideal fantasy worlds shown in Disney’s latest movies.

It is worth mentioning, as well, that the sound of the film had a great feel to it. From the evocative and simple main piano theme to the thunderous music tracks, it plays wonderfully with the scenes, but never overpowers them. Sometimes, it just elevates the greatness of certain scenes, giving the audience a pure audiovisual treat.

To sum it up, Spirited Away is a modern masterpiece. It has so many things to it: a good commentary on Japan’s lifestyle, a wonderful homage to Japanese mythology and a well thought-out moral subject for both adults and children. All things said, it is a fantastic story outstandingly narrated by a wonderful filmmaker who is certainly at a different level.