You are here: Home / gaming / Is Gaming Facing a Zombie Takeover? 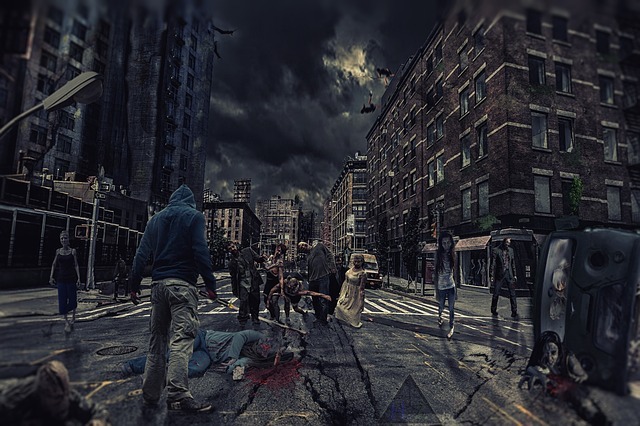 The E3 conference is one of the most anticipated gaming conventions on the calendar, both acting as a retrospective to what has gone before and hinting and unveiling what gamers can expect from the future. 2018’s edition in Los Angeles earlier in June featured more than 68,000 attendees and more than 2,000 products to display, from the cusp of the cutting-edge in gaming. But there is one standout selection from the year’s convention – the continued popularity of zombies. Zombies are prevalent across the board, from countless films and TV shows still being made – The Walking Dead being the prime example – as well as games utilizing the theme. But are zombies set for a takeover?

Resident Evil 2 is Being Remade

Capcom unveiled their remake of the popular Resident Evil 2 zombie survival game, which is due to be released January 2019. The highly anticipated release will utilize updated graphics and gameplay functionality, showcasing how far gaming has come since its original 1998 release 20 years ago. The franchise has continued to receive rave reviews with its releases. The new game will update to be a third-person shooter, rather than use the fixed camera approach the original had. Players will choose between Claire Redfield and Leon Kennedy as they attempt to survive the zombie-ridden Raccoon City. The trailer received a huge amount of excitement and it seems that despite the franchise lasting so long, and zombies themselves lasting so long, there is still the audience for them. The latest in the Resident Evil franchise, Resident Evil 7, became Capcom’s 5th highest grossing game, with 5.1million copies sold. With the audience for the original Resident Evil 2 eager to replay the game, and the newer audiences ready to continue their engagement with the franchise, it seems that the next year in gaming is going to continue to be zombie- infested itself.

The Popularity of Zombies

Zombies are a tried and tested genre of gaming – mainly because audiences know exactly what to expect, even though zombie games can range from the solo survivor shooting through levels to sandbox games that incorporate comedic mini- challenges and rich narratives. Zombie games generally follow basic principles that make them a steady game for both developers and gamers to choose. Whether this is through traditional zombie video games or alternatives on the theme. For example, EA’s Plants Vs Zombies features players cultivating plants in order to fend off a shambling zombie horde. The game was also developed on console following its success. Betway’s Lost Vegas slot combines fighting zombies with traditional slot gameplay, set in a favorite location for the rise of the living dead. The app Zombies Run takes the popularity of zombies and the reluctance to go for a run by combining them to have players connected to the app having to run at a certain speed in order to escape the marauding zombies. The vast range of zombie games available across the entire realm of gaming shows that the popularity is universal and not just relegated to those interested in standard video gaming.

What Other Zombie Highlights Were at E3?

Naughty Dog’s The Last of Us Part 2 was also teased at E3. The trailer received praise for focusing on the human emotional connections needed to make players care about a game, as well as shocking us with the violence necessary for the zombie game. The game focuses on the story of the characters, rather than the zombies, and uses the premise to facilitate a general story about humanity and normalcy. The original game was released in 2013 and was the 10th best selling game of the year. The sequel has waited long enough to allow the audience to increase their demand for it. Dying Light 2 is another zombie game to come from E3, with its projected release date of 2019. The urban sprawling nature of the game showcases society’s collapse 15 years after the events of the original game. Unlike other zombie games that feature arsenals of weapons and the undead being the primary enemy, the apocalypse has sent humanity into another dark age, with comforts and luxuries being few and far between, and close range weapons replacing fast action firearms.

Taking a different tack is the upcoming Days Gone, which features both zombies and biker gangs as antagonists in a new post-apocalyptic open-world survival game from Sony Bend, a division of Sony. The game’s release has been pushed back to 2019 and focuses on the graphics and the slow-burn of the rural gameplay, as opposed to the hectic nature of other zombie titles. Often, this pacing of zombie games can be beneficial and allows the shocks and scares to be stronger with a greater build up. Audiences will no doubt feel the build-up for the game itself has been allowed to grow, but will hopefully not feel disappointed by the long lead time since its first teasing. While not mentioned at E3 due to the fact it is already out, State of Decay 2 will provide zombie fans with the excitement they need until the other games are ready for release. Call of Duty also continues to fly the flag with their zombie-themed minigames.

Zombies first burst into the public consciousness in the 1930s with the film White Zombie. George A Romero’s Night of the Living Dead in 1968 helped launch the shambling corpses into the mainstream and, unlike the zombies themselves, the genre has shown no signs of decomposing. With releases spanning the next 12 months already generating the desired amount of buzz, there is no slowing down the genre, which is expected to take off even further in the coming years.