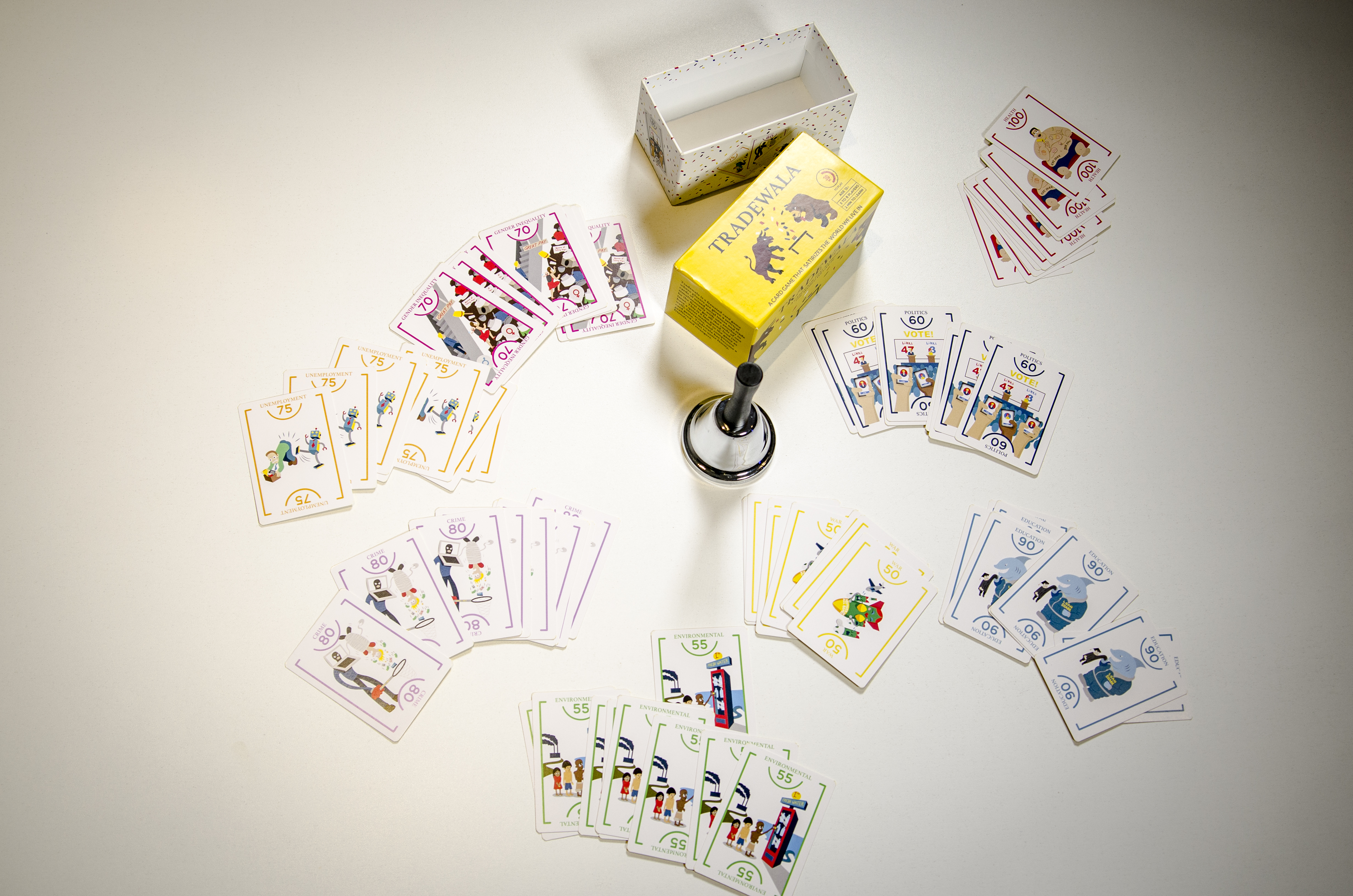 We’ve all heard the saying “don’t talk politics” — usually in the context of social gatherings where the mention of one’s beliefs could cause internal combustion. But Tradewala is flipping this notion on its head to get people talking about today’s monstrous social issues like war and gender inequality. Tradewala is a fast-paced satirical trading card game now on Kickstarter through Sept. 21. Instead of trading stocks or commodities, Tradewala challenges players to simultaneously and blindly exchange cards depicting eight social issues -including politics, crime, health and environment – until they collect all nine of their chosen issue. Naturally, the game sparks conversation about these topics and their impact on everyday life.

This trading card game captures many critical social topics and adds a dollop of satirical humor in the illustrations to make the topics more inviting and fun to talk about. Folding that theme into a trading game adds a level of frenzied fun that engages the players quickly, elevates the excitement in any room, and unites people while continuing the conversation on important social issues. It’s easy to learn and play. Stemming from the word “wala,” meaning an expert in their area of skill or trade, the winner of the game is named Tradewala.

Tradewala is the invention of founder Rita Schultz. Rita and her husband first created a trading card game to bring excitement to family festivities over the holidays. The game was a smashing success, so Rita decided to turn her idea into something real. Having been exposed to different cultures around the world, she wanted the game to challenge the social issues that she, her friends and family have experienced with a dash of satirical humor. After months of research, business planning and design sessions, Tradewala was born.

Beyond sparking conversation, Tradewala is committing a portion of proceeds to Bookwallah, a non-profit organization that creates libraries around the world to bring the magic of storybooks to orphans and children of trauma.

Backers can help bring Tradewala to their tables by supporting the game on Kickstarter now. Retail price will be $24.99 plus free shipping and games will be ready in December 2017.