You are here: Home / Sports / The Growth Of eSports Tournaments 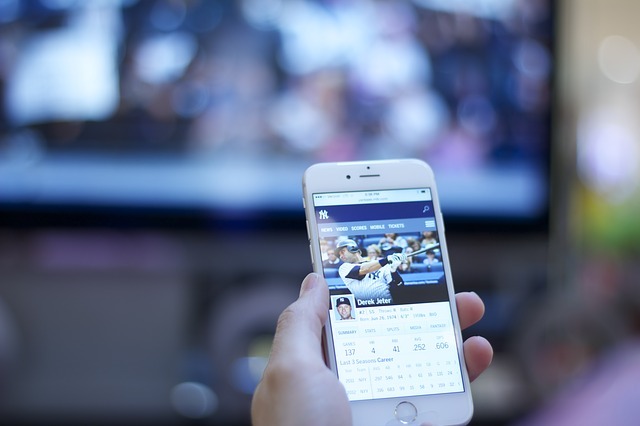 The popularity of eSports tournaments has grown steadily over the years and what used to be a mere gaming activity between friends who played for the fun of it, has now gained popularity and attention from different quarters. It has in fact, become a big revenue sector with value worth entering into the high millions; an achievement of which there could possibly have been only a slight premonition some thirty years ago. According to the Business Insider’s premium research service, the eSports business arena is to rake in money to the tune of about $622 million dollars in 2018 alone. If this figure eventually pulls through(which is beaming likely), then that would be a record increase of about $404 million dollars, over the sum recorded three years ago- which is definitely an impressive feat as far as income generation is concerned.

In addition, eSports continues to enjoy massive sponsorship from companies and organizations, with more businesses trying to come up with products that are of use or relevance to competitive video gaming. For instance, technology giants, Google LLC has launched a dedicated YouTube service for eSports live streams, as well as an investment deal of $120 million dollars with Chushou, an online eSports channel where people can watch live streamed eSports games, amongst other deals. The Coca-Cola Company actively sponsors the League of legends tournaments with several other sponsorship programs.Other sponsoring companies are the aeronautics company Airbus, Audi automobile, Red Bull, T-Mobile, and a teaming others.

One of the exciting trends withe Sports, are its employment and income generating tendencies,even for participating individuals rather than the sector as a whole. eSports games are now an avenue for people to stay ‘employed’; at least if you got what it takes to gain mastery of any of the tournament games. Considering the amounts earned by eSports players who earn the most, it is easy to deduce that the eSports scene could be some gold mine for financial gratification and the tendencies are ever increasing since there is a continuous influx of sponsorship and other revenue generating source such as the media broadcast rights.An added advantage is the availability of eSports teams that ensures some synergy that increases productivity, as well as team endorsement and sponsorship grants.eSports gaming teams, such as Immortals, Dignitas, and Splyce have benefitted from sponsorship funds issued by Mountain Dew company.

All of these seem to have indicated an impressive growth if we represent it using graph curves or as compared to a time like the 1981 space invaders championship where lesser people participated, with some way lesser support. This could also help in a projection of what would become of the industry in years to come, if these trends are sustained.

What Is The Future Of eSports

It wouldn’t be a difficult thing trying to predict what the future holds for electronic sports gaming when certain factors are brought to bear. Firstly, people everywhere have always loved the video games. For many of us, love for video games in all its forms probably started from the very young age and the enthusiasm grew over time. It is common to hear people talk of how much time they devote to overcoming an obstacle or passing a level in any particular game. This shows a passion that must be satisfied (but which actually is not satisfied when new methods and inventions become available). Secondly, at one point or the other, video game players would have wished for some real reward for all of their efforts, devotion and mastery. Thus an avenue to get this fulfilment would most likely be welcomed with both hands.

Based on these two facts, it wouldn’t be wrong to fix a connection that links to eSports. Just as people are playing games for fun, they are also anticipating winning and earning the rewards. So, there is a solid reason why they would want to participate in the competitions as much as they can.

Also, more league tournaments are being added to the ones yet available, and since game developers are coming up with new games that have interesting and better functions than the ones before, there are increased chances that more people take on the game pads.

Everything good usually may also have its disadvantage. As prospective as the eSports have shown, there are factors indicating negative effects if the industry continues to gain widespread acceptance. The effects tend to fall more on person from the early ages of 6 or 7 till the early 30s at least. Some of the disadvantages that could result from eSports gaming include the following:

According to some statistics, it is observed that more individuals tend to spend more time gaming and seeming to neglect other important issues of normal life. They are also likely to develop some form of psychological trauma if addiction gets to advanced stages.

eSports have been identified as a possible trigger for breeding more delinquent individuals in society. Instance of young adults gambling heavily on games may lead them to other vices such as drug use to boost performance, illegal internet manipulations,and violence, amongst others.

Analysts and speculators think one of the most valid solutions yet available, is to enforce detailed policy rules guiding participation in the games. Although this may not be all effective, it is at least a good way to start.

As the eSports tournaments gain more popularity and support, so also job opportunities tend to unlock. Just as it’s common with the other regular sports like football and basketball, eSports games and tournaments also makes use of game referees and live commentary analyst, team coach/managers, and so on. An individual who wants to take up a career in the games must get acquainted with the leagues, teams and their players, amongst others. The eSports games are coming on the rise, and the world seems prepared.