You are here: Home / Videogames / The Basics of the Most Popular Card Games 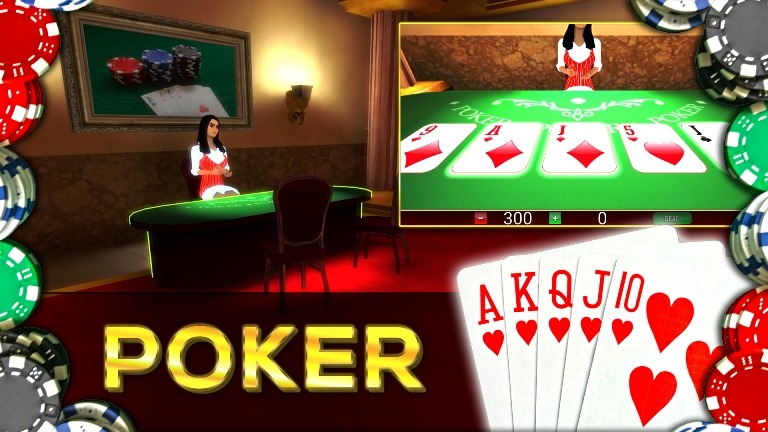 Card games are one of the most popular ways to gamble money. For those people who don’t want to give up their fate to chance completely, there are card games, which involve calculation, deception, mind-games and so on, all of which are under the control of the player. Unlike slots or roulette, where everything depends solely on chance, in card games people have more power to influence the outcome. Consequently, some people enjoy these games much more than the others. There are a few card games that have been especially popular among people and here we give short descriptions for each one (we thank Nyecasino.ninja website for providing the original article in Norwegian).

Blackjack is one of the most famous card games. It is also known as 21 by many. Each card is given a certain number. For numerical cards, it is the printed value. For Jacks, Queens and Kings, the value is 10. The Aces can represent 1 or 11. The aim of the player is not to exceed 21 while having the highest number on the table. Each player is dealt two cards to begin with. Then, they have the option to ask for another one at the risk of exceeding 21. One of the ways people have been able to cheat in the game is by keeping the track of the cards in the deck.

Bridge is another popular card game. It is more complex than some of the other games and is usually played in a group of four as two pairs compete against each other. The two players that sit across each other represent a pair. The cards are assigned values. 2 is the lowest value card while the Ace has the highest value. There is a hierarchy in suits as well as spades and hearts represent major suits and diamonds and clubs represent minor suits.

There are two phases in the game. The first one is the bidding phase. During the bidding phase, the players declare the minimum number of tricks they have a chance to take in order to win that deal. After a number is declared, the next player can pass or raise it. Once no player is willing to raise the number, the final bid becomes the contract. During the bid, a player has to say a number between 1 and 7 and that number plus six will be the number of tricks (or more) the pair will have to win in order to win the deal. In addition, the bid includes the trump suit.

After the phase one establishes the bid, phase two begins. The player who made the bid is called a declarer. The one to the left of the declarer opens the game by naming a suit. The other players have to play a card in that suits. After this, the partner of the declarer who is called the dummy places all of his cards upside down as it becomes the priority of the declarer to call the cards for the dummy as well. On each play, the card with the highest value takes the trick, or if any player doesn’t have the suit which is being played, he/she will play the trump card. In that case, the highest trump card takes the trick. In the end, if the pair is able to win the number of tricks in the bid, or more, they get points. Otherwise, the opponents get the points.

Probably the most well-known card game around the world is Poker. Almost anyone has heard of it even if many aren’t familiar with its rules. There are many forms of Poker and each has its own specifics, but the gist of the game is that there is a hierarchy in terms of value in various combinations of the cards. The players are dealt cards and they bid according to their chances of having the best combination on the table. Of course, there is also the possibility of bluffing and intimidating other players to fold, while not having high chances to win with the combination at all.