You are here: Home / Watch Live Sports / The Influence Of E-Sports And Live Streaming

When it comes down to games we like an immersion of an experience. Buying a new game gets us excited in anticipation for something we’ve waited for over the past year or in some cases, a couple of years. Graphics are becoming more realistic and there is so much more to do in games these days.

With numerous options to choose from in game like customization and online modes there is so much depth to what you can do within a blockbuster game. A few major titled games have actually been granted as an E-Sport. Competitions will be played for a vast prize pool.

The largest ever prize pool was at The International 2016 tournament. The event took place in Seattle, USA. The prize pool was a mindblowing $20.7M and the game was DOTA 2. The winners were a clan from China named Wings Gaming. They shared a total winnings of $9.1M between the five of them.

What made the story a little more interesting was the fact that the game DOTA 2 is a free to play game. With streaming now popular, advertisements and sponsorships creates revenue for many companies. Thousands of people now tune into top live streams and even more turn up to such big E-Sport events. 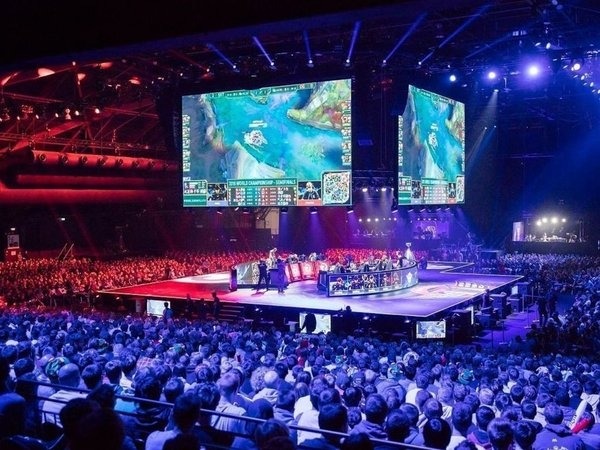 More and more gamers are becoming professionals and earning winnings to live on. PC games are the most popular with E-sports including games like League Of Legends, CS:GO, Starcraft II and Counter Strike as well as DOTA 2. All these top 5 prize pooling games have given away a grand total of roughly $160M.

The fascinating thing is that all of these games are on PC. We are aware that everyone usually talks about big games for consoles but the PC platform has definitely expanded the most in recent years.

You could read a very fine article about how many consoles have been sold over the past year but nothing gets said about how many PC’s have been sold. That maybe down to the fact that people build their own PC’s these days. Also, you have to take into account that there isn’t just one company that sells PC’s and that you can buy many different parts and customise your own.

Gaming has definitely evolved over the past few years and it has become very competitive. Even if you aren’t a professional gamer, if you put loads of time in you can gain a majority of a following. Streaming has become standard as of today and loads of us do it. Just at the click of a button you can stream your gameplay to an audience.

You don’t have to be great at a game to have a big audience on your stream. Coming up with new ideas for making people want to watch can influence your view count. With Youtubers and other gaming stream sites there is a lot of influence on many people to decide that they want to stream themselves.

Gaming is evolving with more people becoming interested every year. Social media is spreading the word about E-Sports and live streaming has brought in thousands of viewers on a daily basis.