You are here: Home / Electronics / Accessories / Powerskin PoP’n 3 Ensures You Never Run Out Of Power 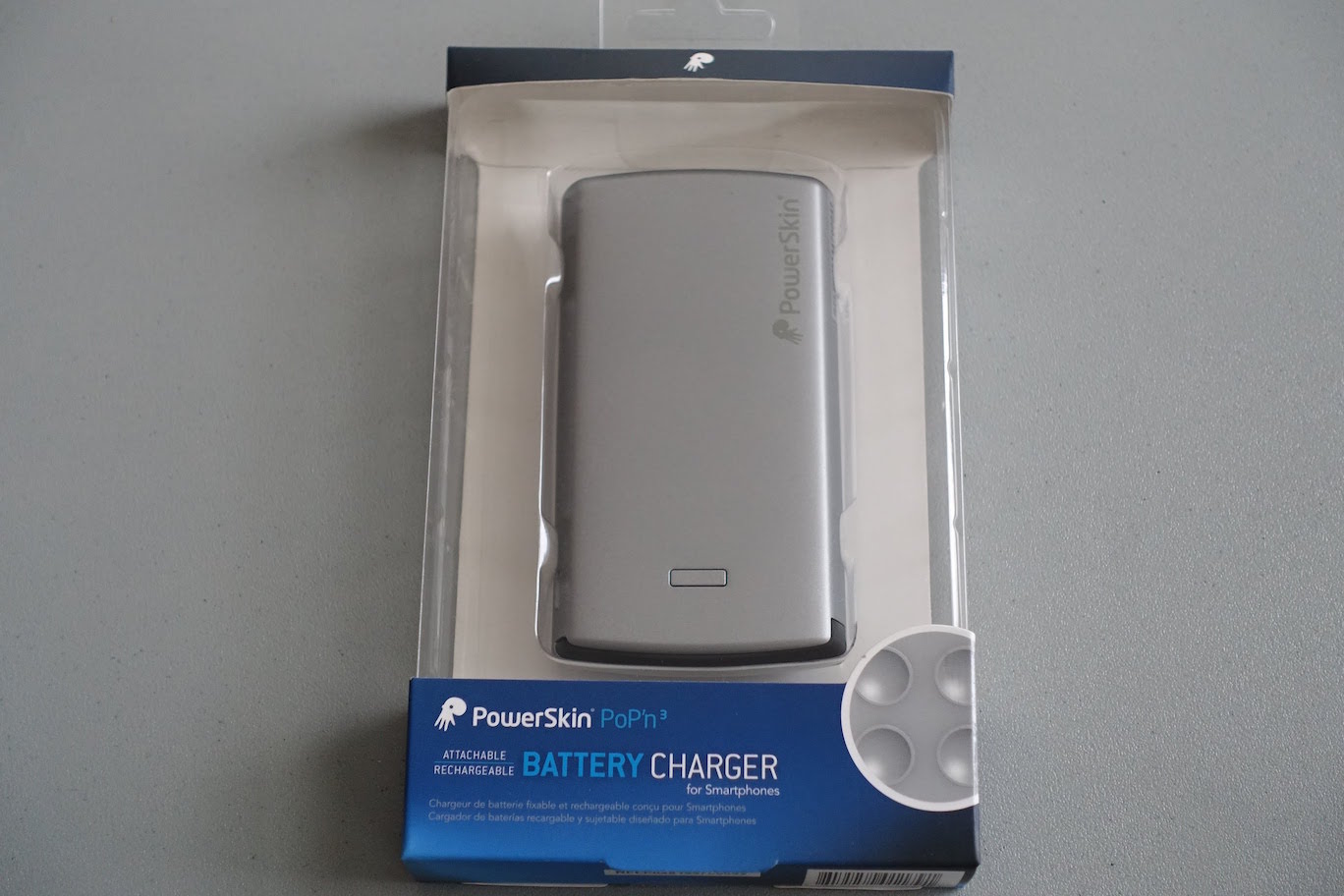 People are so used to having their smart phones, some people’s lives and livelihoods require that they be accessible and be able to access information on the go. Running out of battery power can be the worst thing for them. It is hard to keep a charger with you all the time, especially if you have more than two phones using different types of chargers. There’s a new product on the market that can help you charge any phone, the PowerSkin PoP’n 3 external battery charger.

The iPhone runs on a 1,810 mAh, the 4,000 mAh PoP’n 3 battery can fill the iPhone 6 to almost three times its own battery capacity. The battery charges via a micro-USB, which easily plugs into any phone. The charger might look like it was designed for iPhones but it can be used with other kinds of smart phones as well. But truth be said, it has been marketed heavily to people who own iPhones and as such, delivers the charging requirements of 1-Amp charging speeds that are standard.

The 24 mini suction pads and the nano adhesive anchor allow you to pop it on and pop it off whenever you want. Another cool thing about the battery charger is the Micro-USB connector that attaches to the phone. The PowerSkin PoP’n 3 has a lightning feature that comes standard with iPhones. The USB connection ensures that you never lose the battery pack itself since it will be permanently attached to your smart phone. You can have the outgoing charger connected to your phone and the incoming charger connected to some power source to charge your phone as well as recharge the battery charger itself.

It is a unique product and it is reasonably priced. The suction cups are cool and can stick to the phone whilst it is still in use. However with constant use the suction does weaken. After continuous removals and reattachments, the hold will inevitably weaken. To rejuvenate, you can moisten the sticky pad.

The PoP’n 3 is marketed as a product that can be used by Apple and Android phones but the suction seems to be ineffectual on phones equipped with protective cases.

There are some technical issues when charging the iPhone 6. The charger has problems recharging a completely dead battery. It also has an annoying button that you have to hold down for five seconds to trigger the power light to come on.

The PowerSkin PoP’n 3 is a great product to have if you use your phone a lot and never want to run out of juice. When compared to other battery packs it seems like it was designed for iPhones, which might put some Android Phone users off.