You are here: Home / Roulette / Twice the Fun for the Same Price – A Look at Double Ball Roulette

The game of roulette has been around almost as long as gambling itself, and every casino visitor is familiar with the spinning wheel and the tiny ball. The unique nature of roulette makes it a fun game, and the wealth of ways to play makes it the perfect introduction to casino gaming. Whether you are looking for a way to expand your play and beat the odds or just curious about how the game is played, learning about roulette is a fascinating way to spend some quality time. 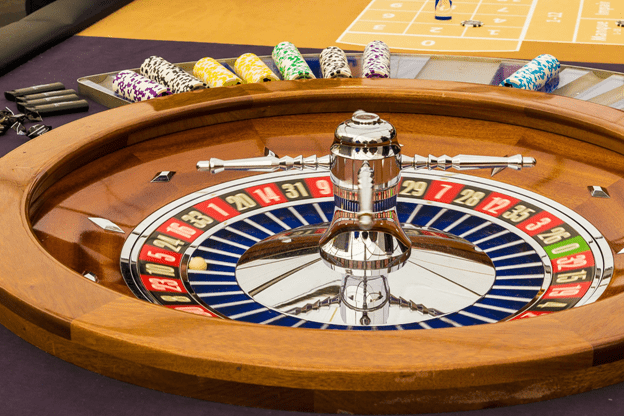 No matter how much you think you know about the game, however, there is still more to learn. You may be an expert on the roulette wheel, and you may be able to quote the odds of red and black, odds and even and specific numbers coming up with every spin. But how much do you know about double ball roulette, the new game that is taking casinos by storm and introducing a whole new crop of bettors to the tables?

As the name implies, double ball roulette uses two balls, and that means twice the fun for gaming enthusiasts around the globe. The play is similar to the traditional roulette you know and love, but there are two balls in play instead of just one.

No matter where it makes its appearance, double ball roulette makes a big impression. A number of casinos, including major players on the Las Vegas strip and elsewhere, have already incorporated double ball roulette into their gaming floors, and more and more players are giving those two balls a whirl.

One of the most commonly asked questions about double ball roulette is what keeps the two balls from hitting one another and interfering with the game play. While this is obviously not a problem online, it would seem to be an issue in a real-world casino.

The solution to this seeming problem lies in the compressed air that is used to shoot the dual balls out of the tube. In double ball roulette, the two balls are released nearly simultaneously, but since they travel at the same speed, the second ball is always behind the first one.

Another common question about double ball roulette involves the probability of those two balls landing on the same number in a single game. The odds are obviously a big deal in the game of roulette, no matter how many balls are in play. It is those odds that make the game so exciting, and the thrill of beating those odds is what keeps players coming back again and again.

It turns out that the odds of those two balls landing on the same number is about the same as the odds of the ball landing on a single number in a game of traditional roulette. It may seem like the odds would be longer, but statistical studies have shown the two games are roughly the same.

The layout of the wheel in a game of double roulette is also very similar. Double roulette players have two chances to win on their inside bets, but don’t get too excited. The higher odds of winning mean a lower payout for a match, so players should make their bets accordingly.

Things are just the opposite for outside bets, where both balls must land on the appropriate number or color to score a win. On the other hand, the payouts are higher, compensating players for the longer odds.

If you are a fan of roulette, you might want to keep an eye out for a strange looking wheel the next time you visit your favorite casino. Double roulette is becoming increasingly popular, and more and more players are asking for it to be included in the repertoire of games. Once you experience double roulette for yourself, we think you will agree the game is twice as much fun as the original version.