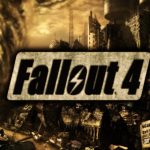 June 3, 2015 (Rockville, MD) – Bethesda Softworks®, a ZeniMax® Media company, today confirmed the upcoming global release of Fallout® 4, the next generation of open-world gaming. The world premiere of the game will take place during Bethesda’s E3 Showcase being held at the Dolby Theatre in Hollywood, California on June 14th beginning at 7pm PST, and streamed live around the world via Twitch and YouTube. Fallout 4 is being developed for Xbox One, PlayStation® 4 computer entertainment system and PC by award-winning … END_OF_DOCUMENT_TOKEN_TO_BE_REPLACED 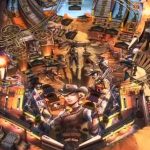 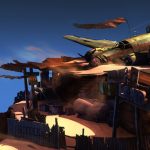 March 4, 2015 – Newport Beach, California - inXile entertainment announced that the best-selling PC game, Wasteland 2 is currently in development for Xbox One, the all-in-one games and entertainment system from Microsoft via the ID@Xbox self-publishing program and PlayStation®4 computer entertainment system, slated for release late summer. Currently available for PC fans (https://store.steampowered.com/app/240760/), Wasteland 2 is one of the most successful crowdfunded games of all-time. Total Biscuit, who commented … END_OF_DOCUMENT_TOKEN_TO_BE_REPLACED 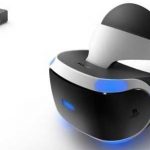 The biggest Game Developers Conference news headline in the show's early going belongs to Sony. On Tuesday the PlayStation 4 maker announced it has made some design changes to Project Morpheus, its PS4 virtual reality headset. Yet more notable was the company's revelation that the Project Morpheus release date will come during the first half of 2016. The new Project Morpheus prototype, shown above, shows some slight tweaks that have come since the PS4 virtual reality headset made its debut in March 2014. For … END_OF_DOCUMENT_TOKEN_TO_BE_REPLACED

One of the biggest and most terrifying internet phenomena of recent years is coming to a next-gen console near you. And soon! The Slender: The Arrival Xbox One and PS4 release date was announced today as March 24, just three weeks away. The official video game adaptation of the internet phenomenon, Slender: The Arrival will send the most fearless gamers into panic as they unfold the twisted mystery in a dark, foreboding atmosphere and a story fraught with terror, paranoia and other-worldly forces. Based on … END_OF_DOCUMENT_TOKEN_TO_BE_REPLACED 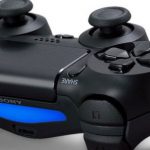 In this year of arctic winter blasts, it's only appropriate that Ubisoft's next batch of Far Cry 4 DLC take place high in the Himalaya mountains. That content, called Far Cry 4 Valley of the Yetis, will release March 10 for PlayStation 4, Xbox One and the previous-gen systems. In Far Cry 4 Valley of the Yetis, players will step back into the shoes of Ajay at the moment his helicopter crash up in the Himalayas. Stranded and without shelter, gamers must guide Ajay through the mountains to capture a camp and guard it … END_OF_DOCUMENT_TOKEN_TO_BE_REPLACED

The United States Federal Communications Commission (FCC) today reversed its Net Neutrality position from last year, redefining its definition of the Internet so the web can be regulated as a utility. In FCC Net Neutrality comments from the video game industry, this would seem to be a victory to U.S.-based gamers. But the industry's FCC Net Neutrality comments seem to be in the minority. The Entertainment Software Association (ESA), which represents the video game industry and is best known as the organizers of the … END_OF_DOCUMENT_TOKEN_TO_BE_REPLACED 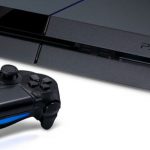 Bandai Namco today began shipping Dragon Ball Xenoverse for the PlayStation 4, Xbox One, PS3 and Xbox 360, leaving owners of a Nintendo system out in the cold with the biggest DBZ game ever created. Dragon Ball Xenoverse is the first DBZ game to appear on the next-gen consoles. Dragon Ball Xenoverse takes the DBZ franchise in a totally different direction, as as time-traveling villains Towa and Mira have created temporal distortions in the past as part of their evil plot to spread chaos and alter Dragon Ball history. … END_OF_DOCUMENT_TOKEN_TO_BE_REPLACED

Back in the 16-bit day we lost many an hour to Mutant League Football. Crazy tackles, crazy characters, outlandish zombie-like teams of monsters. It was great fun, to be sure. Now that 16-bit game is getting a remake, as Mutant Football League has been in the works for some time now. Even better news, at least for gamers attending Game Developers Conference (GDC), is that Mutant Football League will be completely playable on PS4 and Xbox One. A PC version and Android/iOS versions will also be on display, though the … END_OF_DOCUMENT_TOKEN_TO_BE_REPLACED